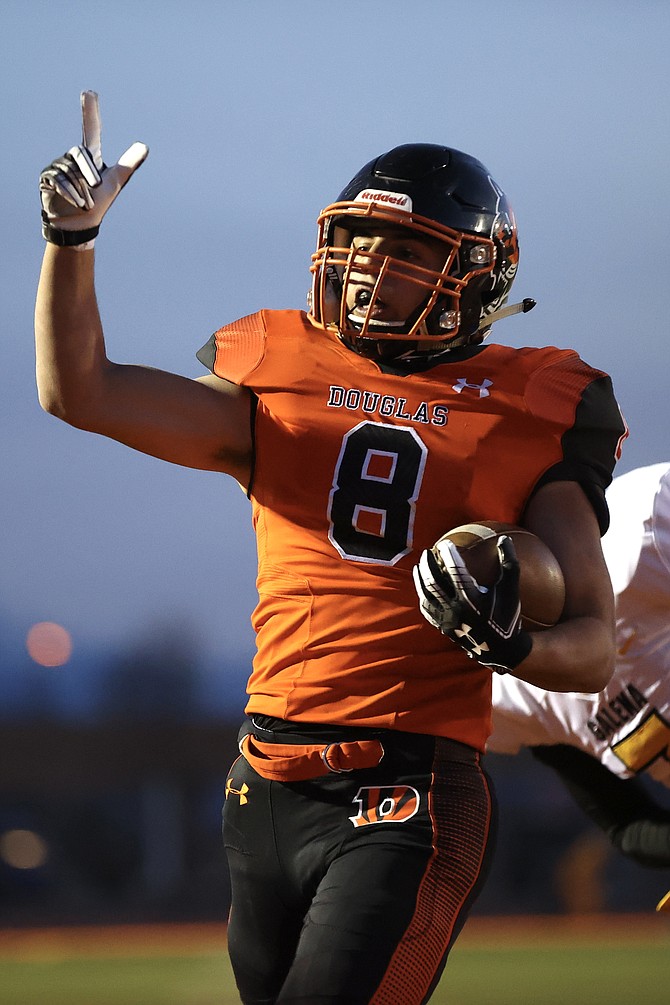 Trevor Kruger scampers into the end zone with a raised finger Friday night in Douglas High’s 26-0 win over Galena to kick off the football season. Photo by Ron Harpin.