Tigers' defense on the prowl 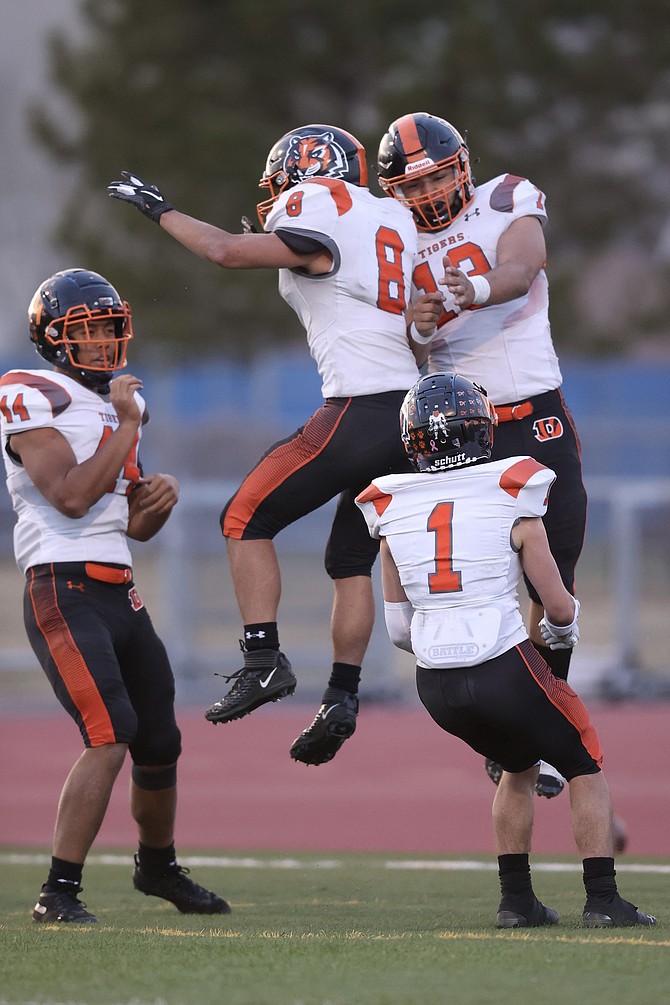 Douglas High's Trevor Kruger (8) and Gabe Foster (13) jump into the air to celebrate a touchdown in the Tigers' 38-9 win over Carson Friday night. Photo by Ron Harpin.

Gabe Foster with his second pick-six of the season, going about 35 yards for a score. Tigers go up by two scores just prior to the half. pic.twitter.com/TLAGSkyM6g

A deflected Carson pass gets picked by a diving Christian Janota on the Tiger defensive line.