Taking down the reigning regional crown 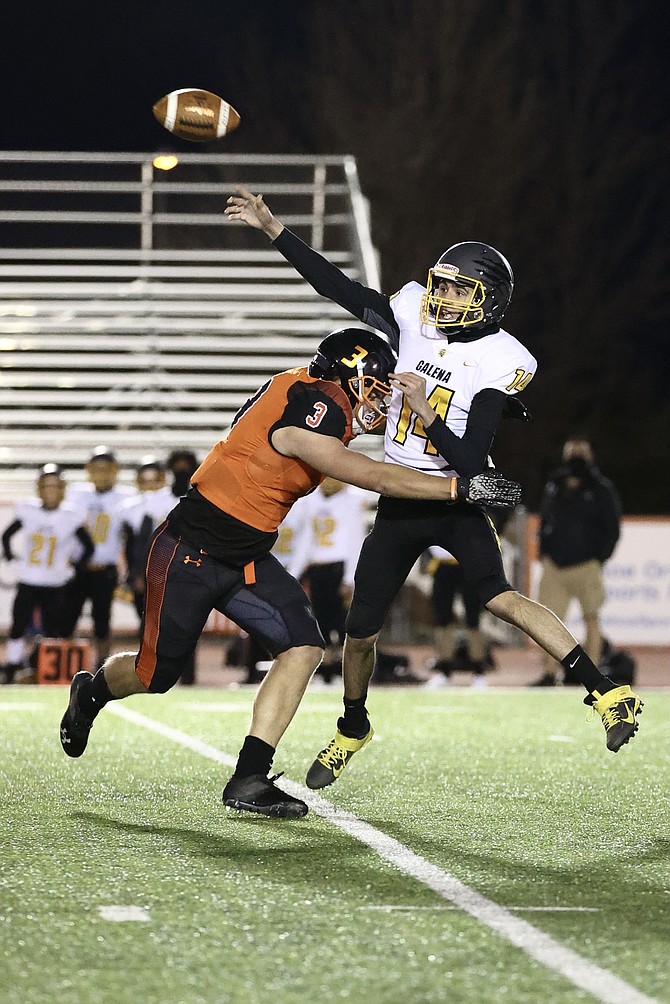 Douglas High’s Cameron Swain lays a hit on Galena’s quarterback during the season-opener in Minden last week. Swain and the Tigers have an upset bid on their mind this week. Photo by Ron Harpin.