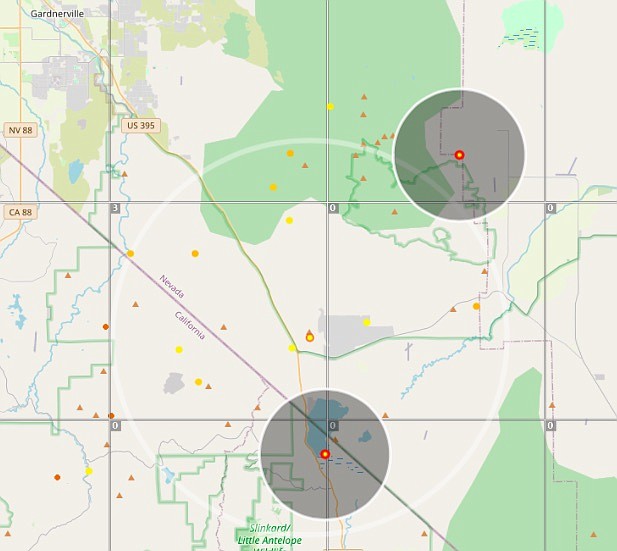 A flood advisory has been issued for thunderstorms over the Pine Nut Mountains with a possibility of minor flooding.

Areas affected include Mount Siegel and Mount Como and the Numbers and Monarch burn areas.

Forecasters are advising people to avoide areas down stream from the burns, including creeks, roads and normally dry stream beds.

There’s a possibility that heavy rains of between .5 and 1.5 inches could fall over the next hours.

More than a dozen lightning strikes have been recorded south and southeast of Gardnerville in the Sierra and Pine Nuts. At least eight of those are centered around Holbrook Junction south of Leviathan Mine Road.