Students step up to practice kindness 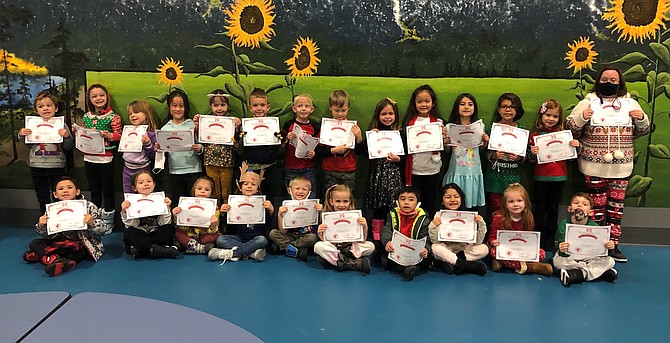 Jacks Valley Elementary School kindergarteners recently wrote letters to Santa Claus to share the kind deeds they planned to do over the holiday season.

“We did a fun thing at Suicide Prevention Network and had a mailbox placed in our lobby for children to write letters to Santa and tell him what kind thing they were going to do this Christmas,” Network Executive Director Debbie Ponien said. “We received close to 60 letters. But Ms. Coombs’ kindergarten class really warmed our hearts.”

Students in Ariel Borgman’s and Jennifer Combs’ classes wrote about the different ways they could show kindness to others. Each letter was accompanied by colorful illustration showing the student’s plan in action.

Some of the creative kindness ideas students wrote about include:

• Give someone in the hospital a carol

• Be kind to my friends

• Give snacks to the homeless

• Play with kids who don’t have any friends

• Give my mom a gift

• Give kids a hug

Each class received a memo from the North Pole stating their letters had arrived, and Santa Claus responded to each student with a certificate “In recognition of being kind and spreading Christmas cheer in your community.”