Christmas celebrations all around 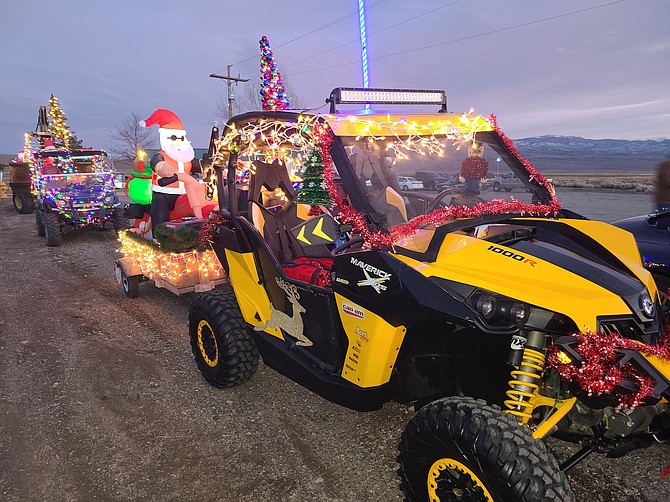 Christmas parades aren’t the sole purview of the towns of Minden and Gardnerville.

He and wife Laura hosted the Christmas dinner potluck.

“Even those of us in south Douglas County have the Christmas spirit,” Francis said.

Even further south, Walker and Coleville conducted their first annual parade of lights and community Christmas lighting, escorted by the Bridgeport office of the California Highway Patrol and Mono County Sheriff’s deputies.

The museum will be open next week until 3 p.m. Christmas Eve.

Residents across Douglas County have illuminated their homes for the season, with several inviting people to come take a look.

Paul and Kimberly Kleist’s light display at their 1419 Shasta Drive home in the Gardnerville Ranchos flashes to six zones and is broadcasting at 89.7 FM 4:30 to 11 p.m. nightly.

“We also have a lighted tub for people who enjoy the show to donate canned food that will be taken to Carson Valley Community Food Closet after the holidays.”

Roy Nisja’s Bear House at 1366 Chichester Drive is a popular stop in Gardnerville. He’s collecting donations for the Tamarack Fire for those who stop.