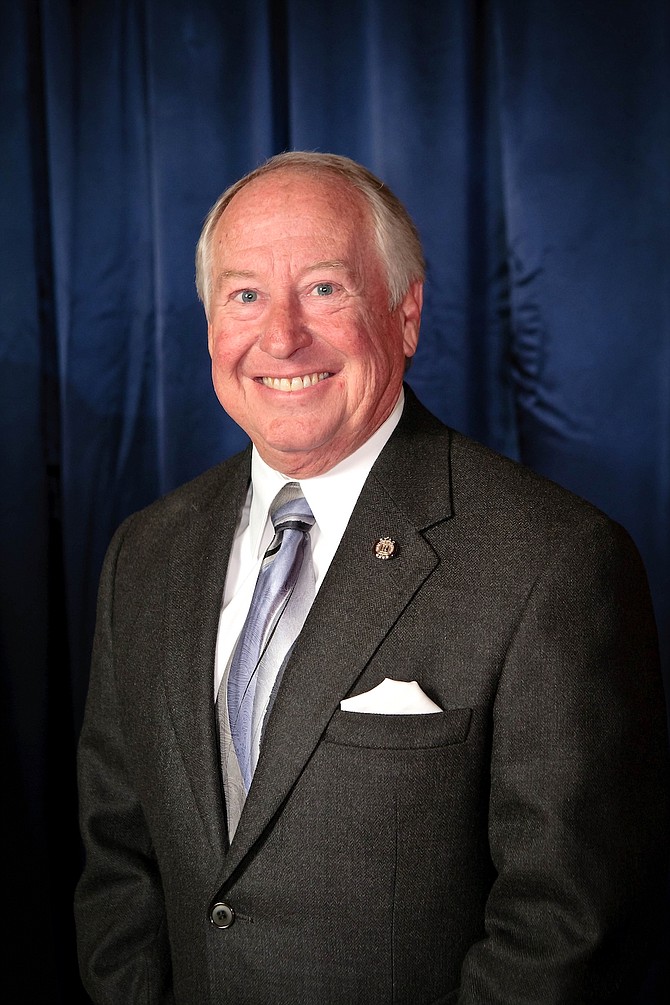 The statewide Nevada Realtors honored Realtor of the Year Gardnerville resident Brad Spires at its Dec. 10 dinner at The Club at ArrowCreek.

Spires served as 2021 president of the board after being president-elect the previous year.

He will serve as immediate past president for 2022 of the organization.

He is also a former president of the Sierra Nevada Association of Realtors and has volunteered on numerous local, state and national association committees.

Spires has been a leader of the association for many years, especially on government affairs issues and with Nevada Realtors political action and legislative committees.

He has been a Realtor for the past 30 years and was named to the Nevada Realtors Hall of Fame and has received the organizations Lifetime Achievement Award.

Spires retired as a lieutenant colonel in the Civil Air Patrol and spoke at the Sierra Nevada Republican Women’s annual Sept. 11 dinner this year.