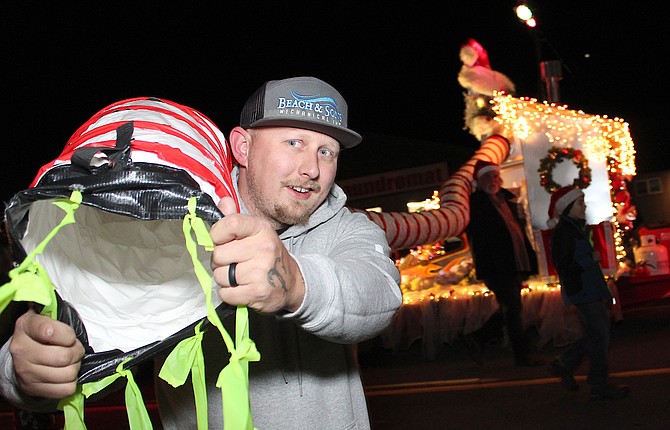 Beach & Sons won the prize for best business float in the 25th Parade of Lights on Saturday.
Photo by Kurt Hildebrand.

The 25th annual Parade of Lights was just wrapping up as the winners were announced.

Beach and Sons were the business winner, according to the Carson Valley Chamber of Commerce. 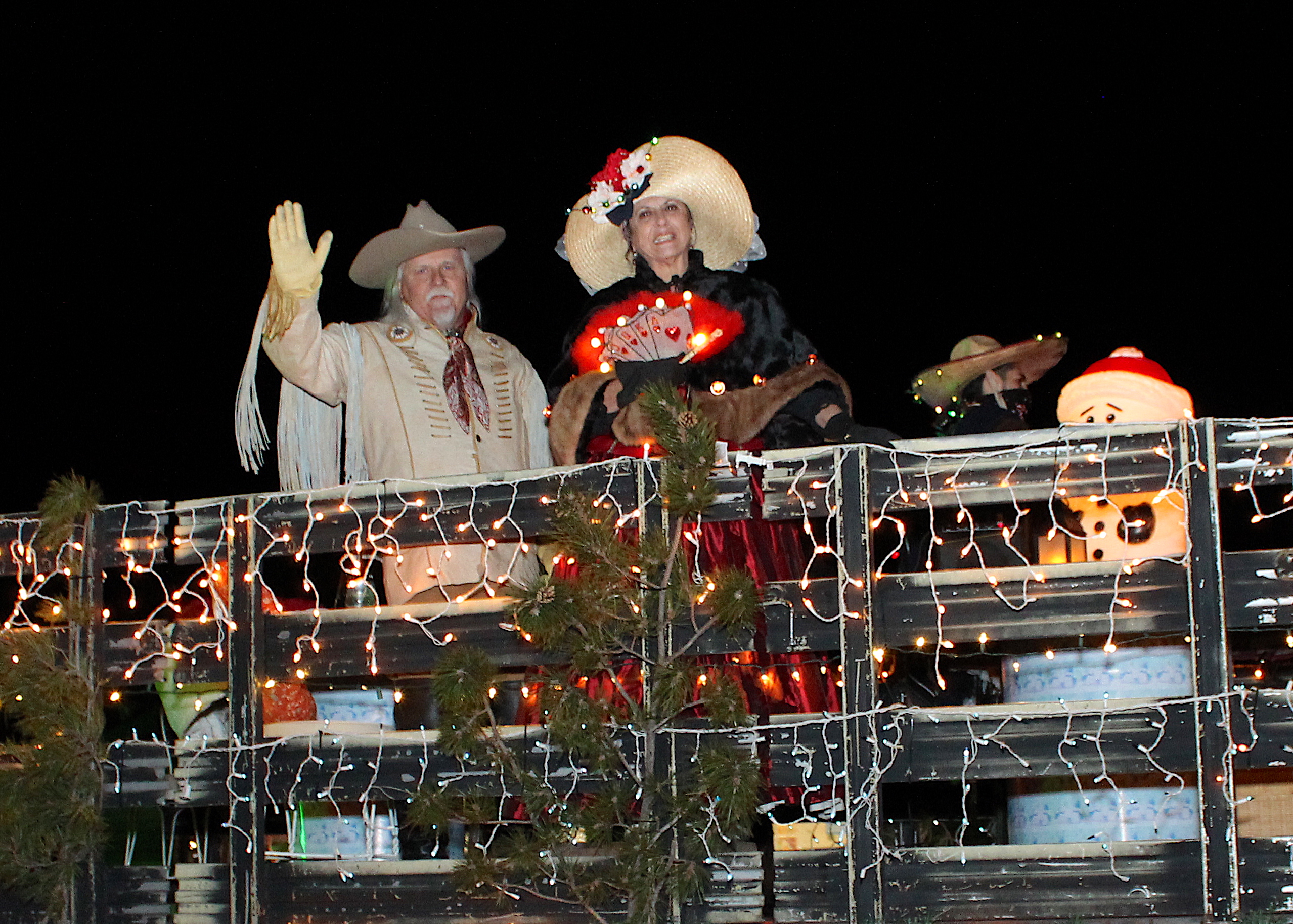 The Old West was riding with Timberline Electric.

With a heater rigged with hoses to spray the crowd with warm air, the company was a favorite as it passed through town.

Timberline Electric was the flatbed of choice for the Old West and received the award for Friends & Family from the judges. 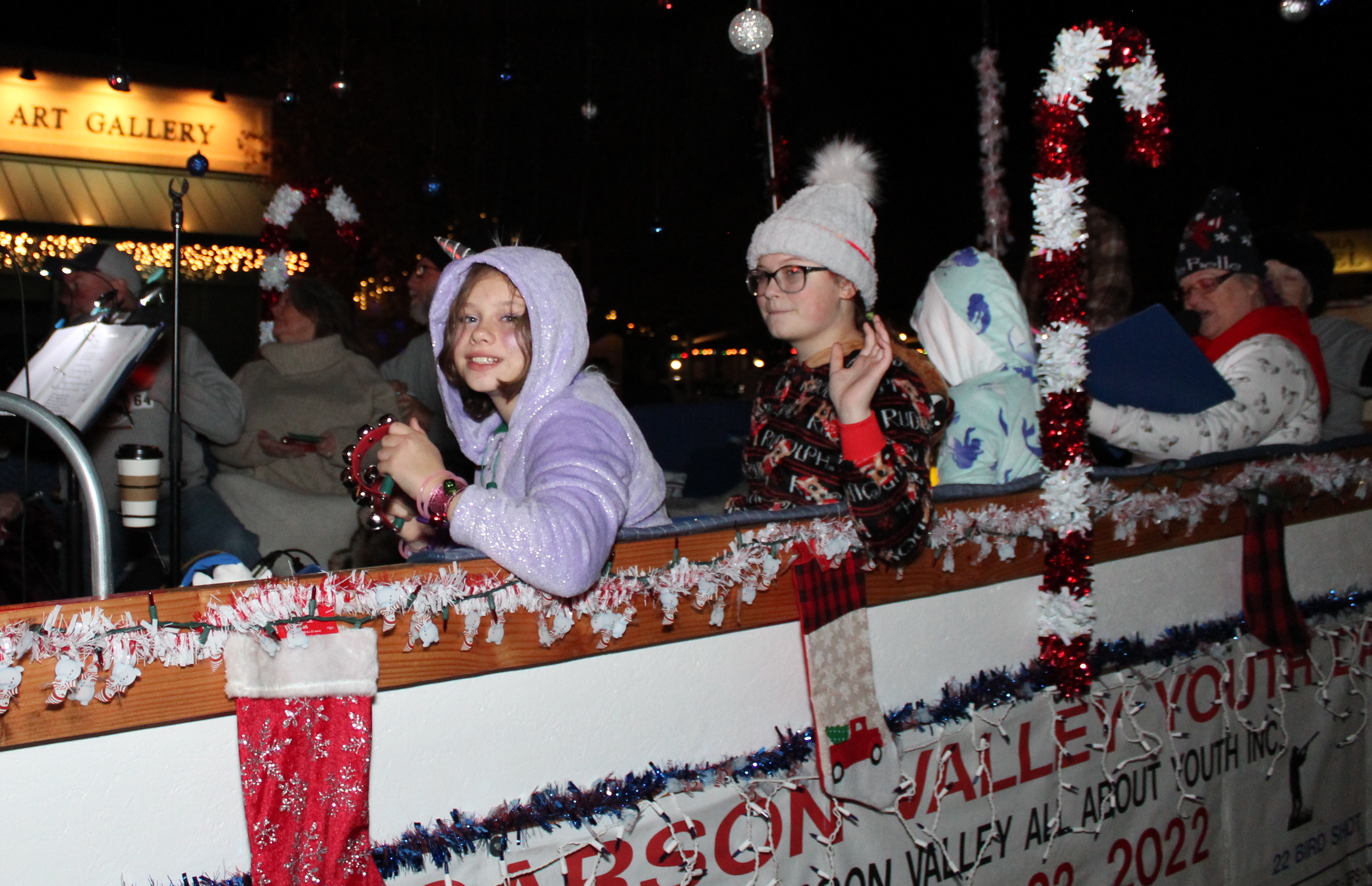 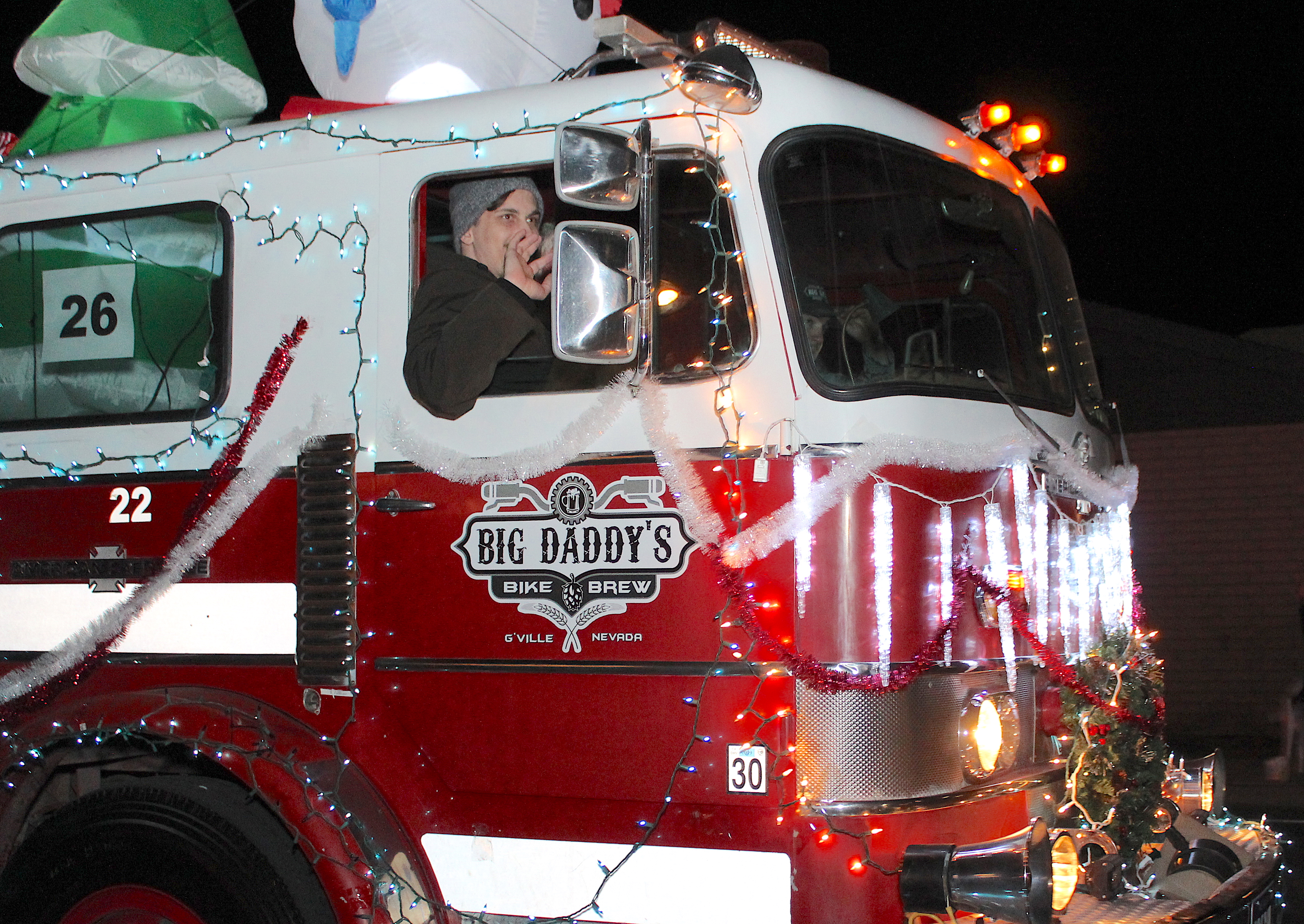 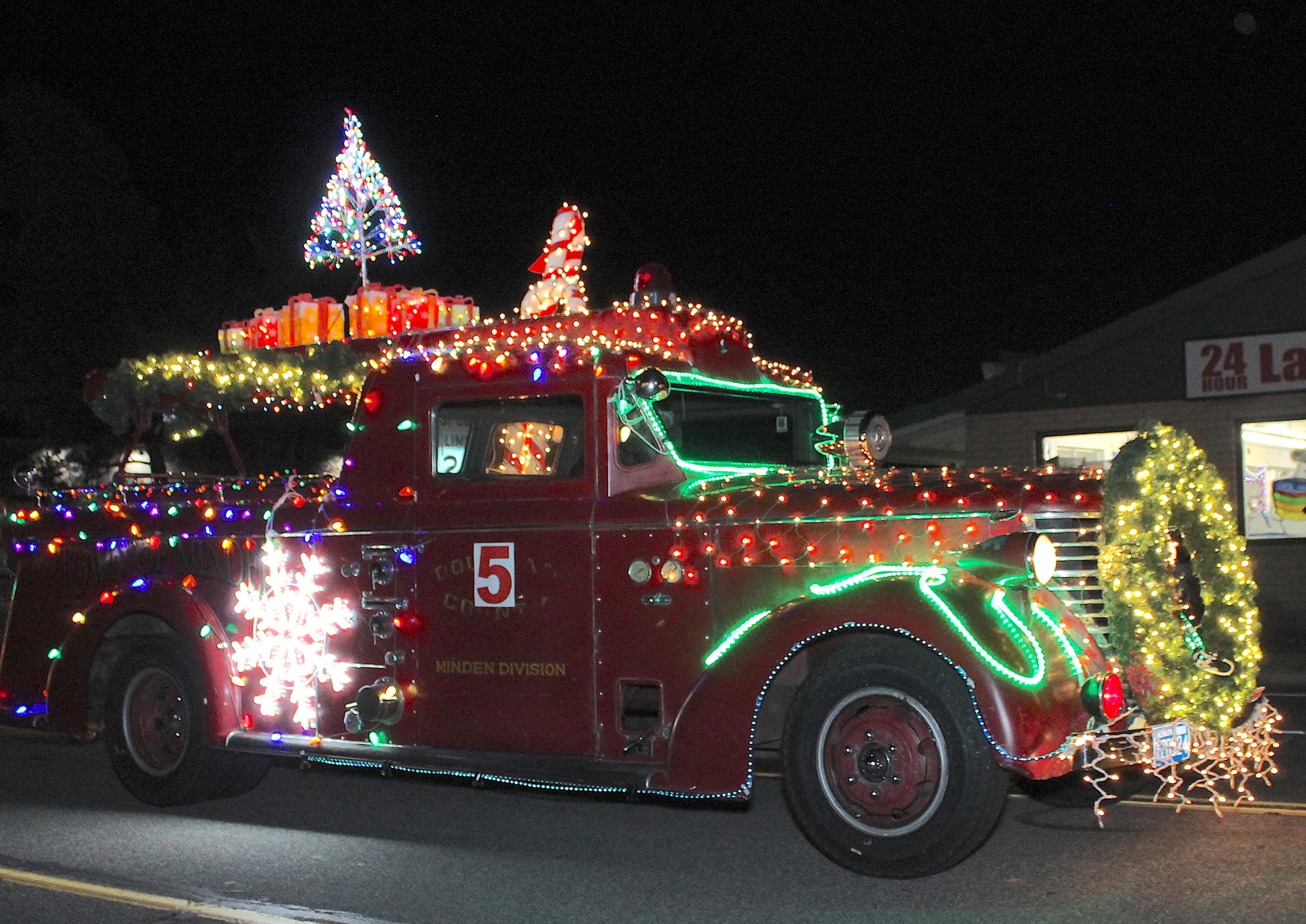 The parade started at 5 p.m. after Highway 395 was shut down.

The Douglas High Fighting Tiger Band was way out front with the parade’s vanguard.

Around 60 entries participated in the parade, which wrapped up around 7 p.m. at Minden Park.

A big crowd gathered for the event, keeping up with the enthusiastic participation in Christmas events.

Friday night saw the lightings of the Minden Gazebo and the Genoa Christmas Tree. 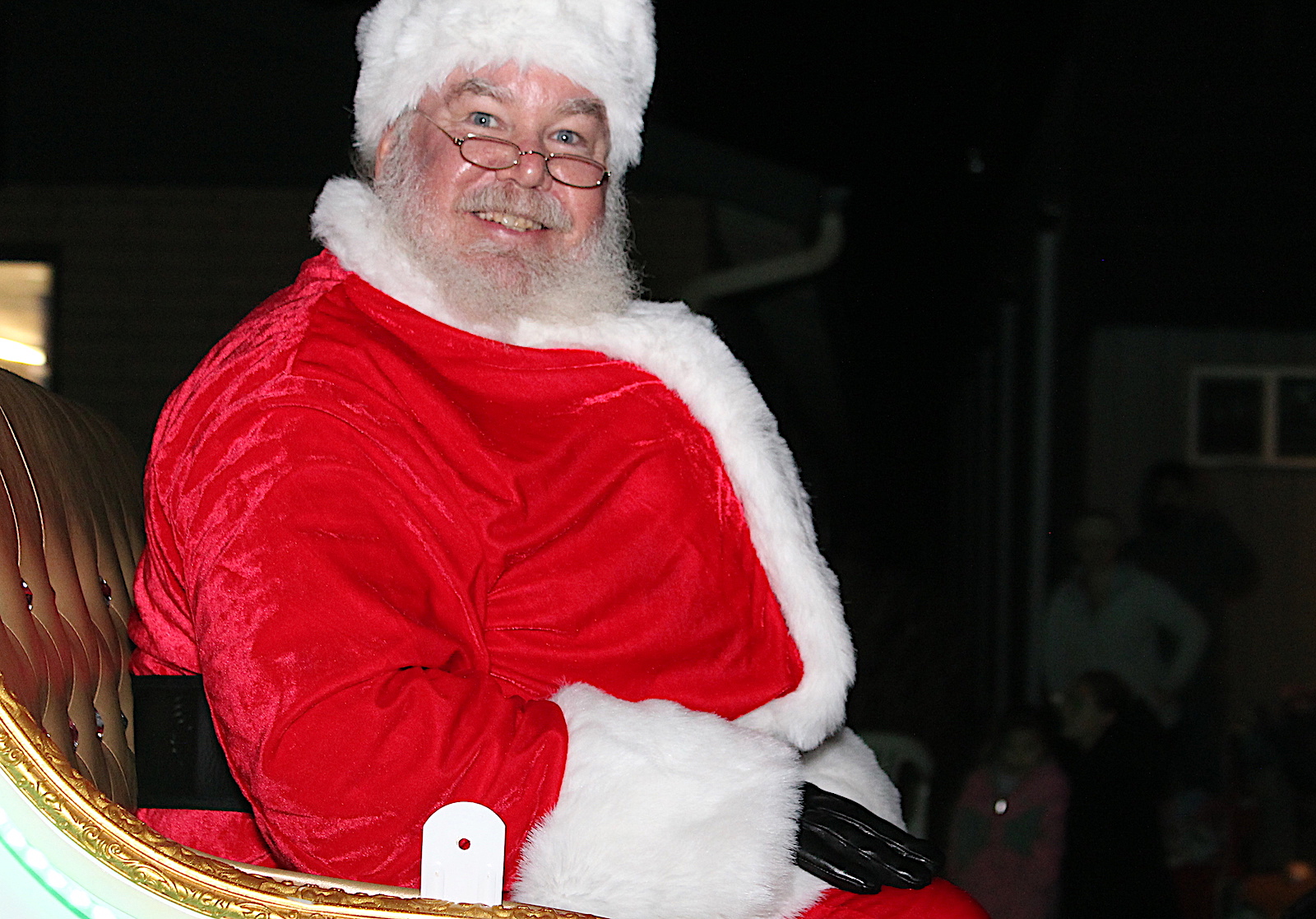 Per tradition Santa brought up the rear of the Parade of Lights.