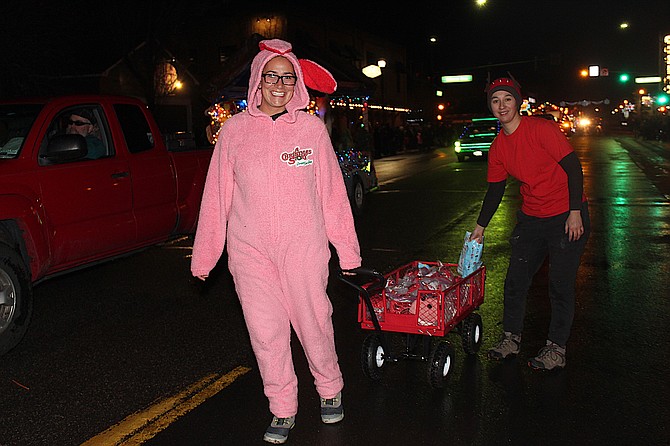 Melissa Strazi tows a wagon of candy as part of the Pau-Wa-Lu Middle School entry in the 2019 Parade of Lights.

The weather is expected to be fairly mild this week for the annual celebrations greeting Christmas.

Skies are forecast to be clear with the temperature in the upper 40s for tonight’s fireworks in Heritage Park. Similar temperatures are anticipated through Friday and Saturday nights. 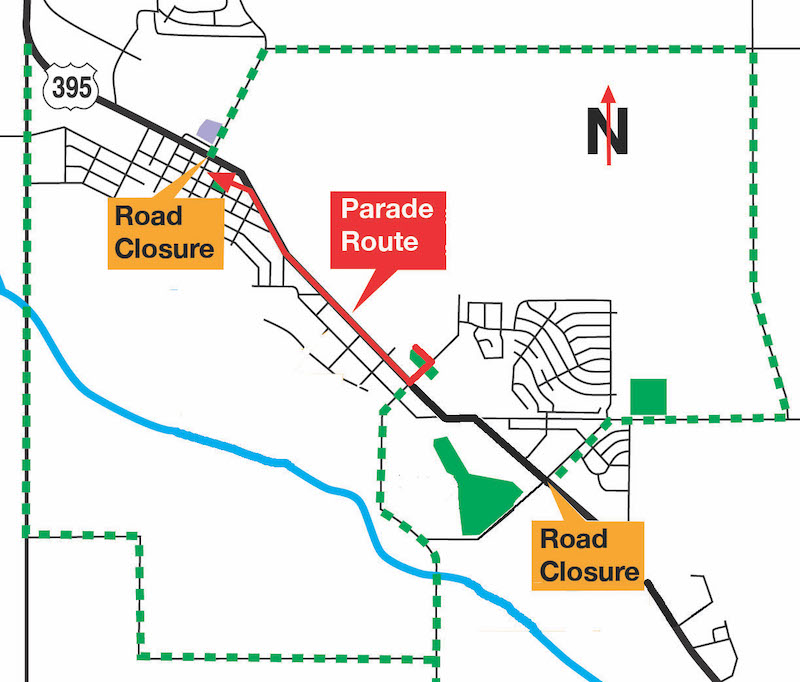 Parade route and closures
Those planning to attend the 25th Parade of Lights should be prepared to be in Minden or Gardnerville before the roads close 4 p.m. Saturday.

Highway 395 will be closed at Buckeye Road and Waterloo Lane around that time, which means short of walking in, parade-goers should be ready to go.

The parade starts at 5 p.m. after entries line up around Heritage Park in Gardnerville.

Founded in 1996, the parade has always been part and parcel of the larger celebrations of the arrival of Christmas in Carson Valley.

Tonight, Gardnerville begins the celebration with a bang as fireworks are expected to light up the night sky after an evening of entertainment in Heritage Park. Santa and the electric carriage rides start at 4:30 p.m., with the big show beginning around 5:30 p.m.

Minden and Genoa chime in on Friday night, with lightings scheduled in both towns.

Genoans will be singing carols in the Town Church before they walk down to the corner of Main and Nixon streets to illuminate the town Christmas Tree.

The Minden Gazebo lighting is celebrating its third decade 6 p.m. Friday with music.

Don’t ask how, but Santa Claus will turn up at both events.

The Carson Valley Museum and Cultural Center will be open Saturday to peruse the Gallery of Trees and some gingerbread homes, depending on the builders.

With a theme of Magical Carson Valley, the parade will leave from Heritage Park at 5 p.m. and roll onto Highway 395 heading north.

The judge’s stand is traditionally in front of the former Douglas County High School.

With more than 50 entries, the parade is expected to roll up Main Street until it reaches Esmeralda Avenue and then disperses at Minden Park.

Expect side streets and parking lots to be closed to vehicle traffic while the parade is rolling through.

The highway should reopen around 6:30 p.m. Both Buckeye and Waterloo will be open for motorists to detour around the parade.

Parade goers are asked to stay out of the road and on the sidewalks, hang onto your valuables, dress for the weather and be courteous to the flaggers and volunteers with citizen’s patrol.