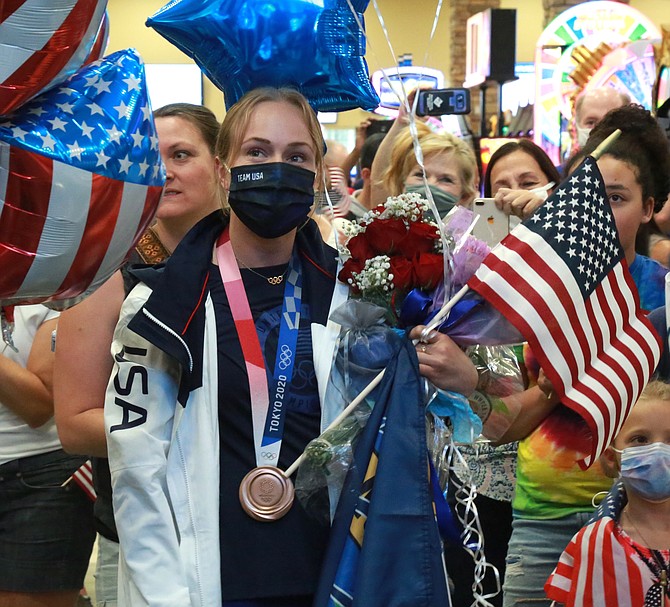 Krysta Palmer looks on at the celebration at Reno-Tahoe Airport upon her return to Northern Nevada.
Photo by Carter Eckl.