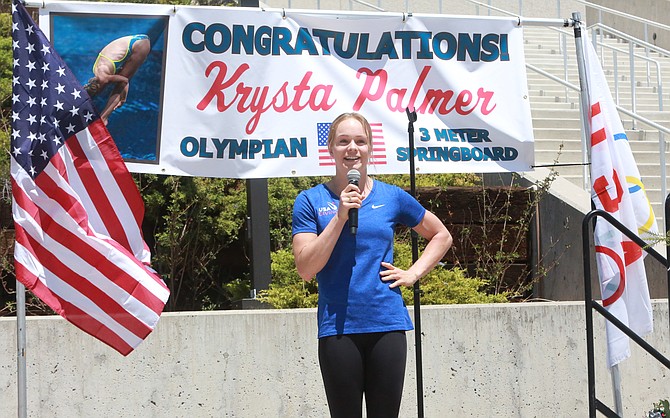 Douglas High graduate and Carson City native Krysta Palmer speaks to a crowd of about 50-75 people Monday in front of the Lawlor Events Center during her Olympic send off celebration.
Photo by Carter Eckl.