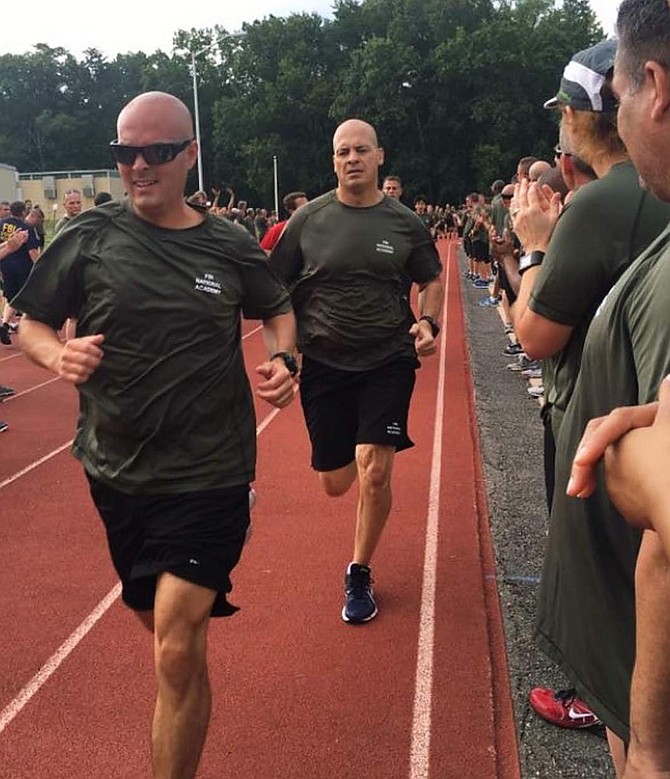 Carson City Lt. Brian Humphrey (front) trains with his fellow cadets at the FBI National Academy this summer. At the end of the training, the trainees had to run the imfamous Yellow Brick Road, a 6.1 mile course filled with two miles of obstacles.