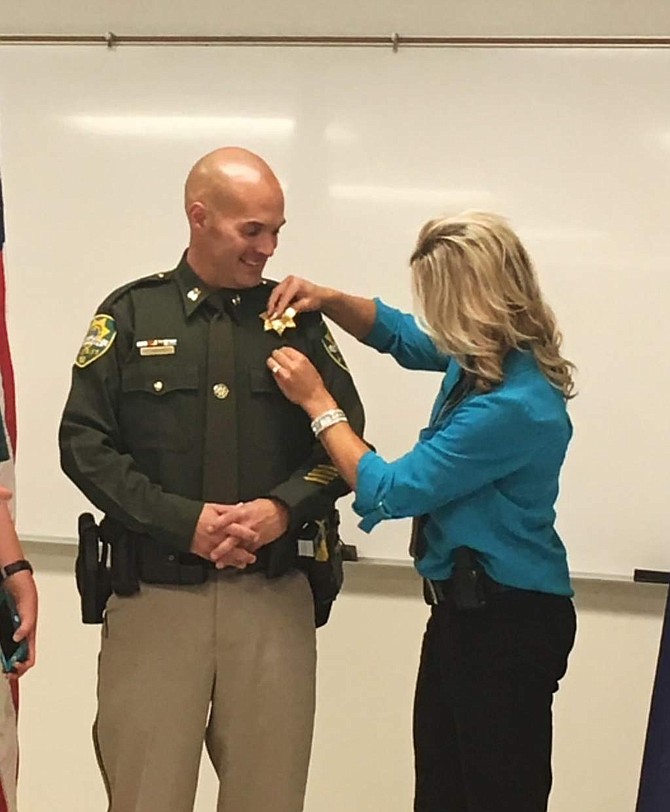 Captain Brian Humphrey is pinned by his fiancee Ali Banister after being promoted from lieutenant to captain Thursday afternoon.