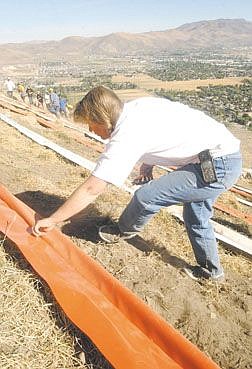 Sarah Buscay removes staples from a strip that was added to the C Hill Flag to keep plants from growing up between the stripes in the flag. The C Hill Flag recieved a make over that included washing the dirt off the flag. Photo by Brian Corley