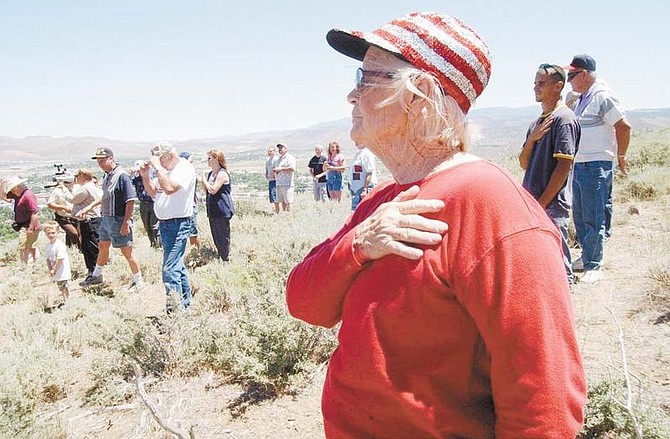 Sue Vradenburg recites the pledge of Allegiance near the C-Hill flag during a ceremony Friday afternoon.