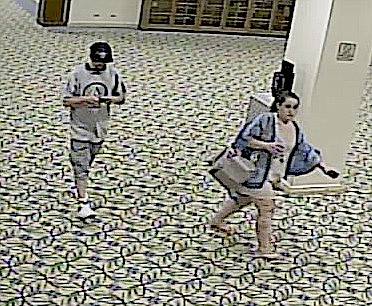 A Lake Tahoe man, who was caught on video taking a bag containing $1,500 in tools from a Stateline casino last summer, admitted charges of attempted grand larceny and possession of a methamphetamine on Tuesday.

Thomas Andrew Pedroli, 36, is facing felonies on both charges.

He’s admitted to stealing a bag of tools on July 27, 2022. Pedroli was caught after the theft was publicized by the Douglas County Sheriff’s Office.

The woman appearing in the video was identified as Sacramento resident Angelina Grider, 24. A warrant has been issued for her arrest.

Under an agreement, prosecutors will recommend probation for Pedroli who is scheduled to be sentenced on Feb. 28.