Man goes "along for the ride" all the way to prison 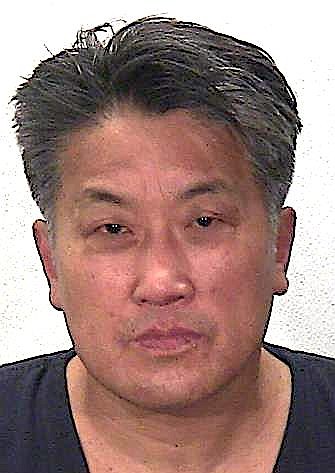 A Californian, who claimed he was along for the ride for a July 7 drug transaction, will get to go to prison for 2-5 years after being convicted of a 12th felony.

Lee admitted to one count of conspiracy to violate the Uniform Controlled Substances Act.

Despite several delays in sentencing, District Judge Tod Young observed that Lee arrived at every hearing, except when he tested positive for the coronavirus, knowing he was going to prison.

Lee admitted he knew that codefendant David Henry Wright was driving from Long Beach to Gardnerville to sell 16 ounces of methamphetamine. The duo had almost another 3 ounces when they were arrested in a sting.

Prosecutor Chelsea Mazza disagreed that Lee was just along for the ride.

“He admitted he knew the purpose of the trip and that they were bringing a pound of drugs to Douglas County,” she said.

• A woman facing sentencing for transporting more than 64 pounds of marijuana is apparently confident she’s not going to prison.

Sentencing for Xiuru Lin, 46, was delayed until March 7 after neither her attorney nor a Chinese interpreter were available on Tuesday.

Pence said she hadn’t had an opportunity to go through a pre-sentence report with Lin with the help of an interpreter.

Lin, 46, also has a case in East Fork Justice Court. Pence asked that the case be set out, because Lin has an airline ticket back to Pennsylvania this week.

She was stopped for speeding on Dresslerville Road in August 2021 and claimed the big black bag under a blanket in the front passenger seat was her vacation clothes. During a search it was determined to be 15 individually wrapped bags of marijuana.

A month later a marijuana grow located on Washoe Allotment Land in Cedar Flat was raided by multiple federal agencies. The grow was linked to Chinese nationals at the time. The R-C has reached out to the Drug Enforcement Administration several times to find out the status of the investigation.

• A Reno man arranged on Tuesday to make payments on his $25,000 restitution after being released on parole.

Brandon David Larmee, 34, will face increasing payments in connection with his conviction for grand theft.

He said he is working and in a rehabilitation center.

• A California man is challenging a probation violation saying that while he was sentenced after his conviction in Douglas County, he actually committed the crime before that occurred.

• A Johnson Lane man who admitted to possession of a ghost gun received a suspended 1-4-year prison sentence on Tuesday.

Steven Douglas Bromagem, 33, was arrested Aug. 13, 2022, after a confrontation with his landlord.

He denied that he’d loaded a shotgun and threatened the landlord, but said he felt threatened, but District Judge Tod Young pointed out Bromagem had a .224 blood alcohol content at the time and might not be the best witness.

Young said that Bromagem’s efforts to get help since his arrest prompted the decision to give him probation.

• A man convicted of a 2019 vehicle theft indicated he no longer wanted to be on probation.

A hearing was set for Jan. 31 so his attorney could go over the violation with him.

“I want it done,” Dollar said in court on Tuesday. “I’ve already given up. I’m tired of probation.”