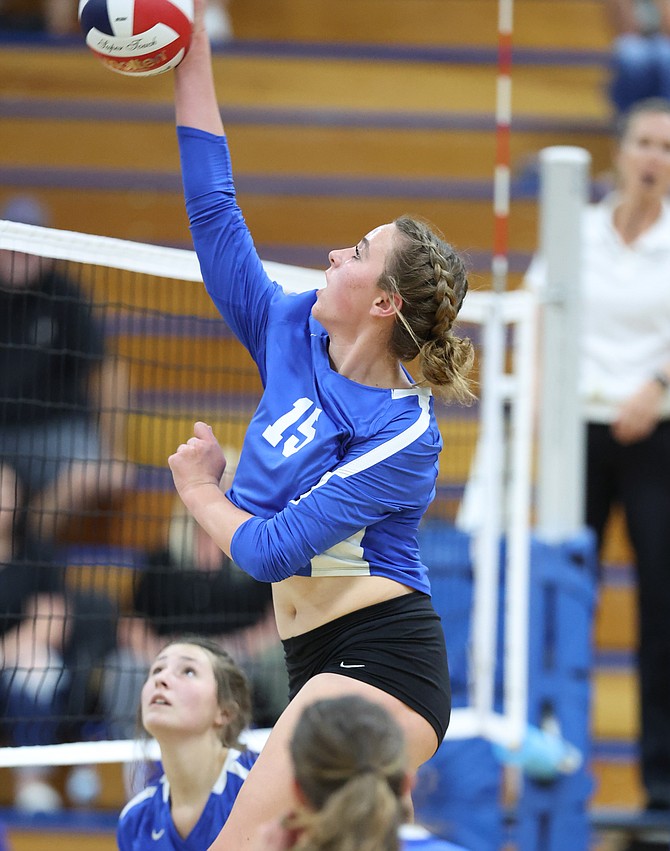 Carson High freshman Abby Franco goes up for a kill Thursday against Spanish Springs. Franco had a team-high nine kills in a sweep of the Cougars.
Photo by Jeff Mulvihill, Jr. | InstaImage.