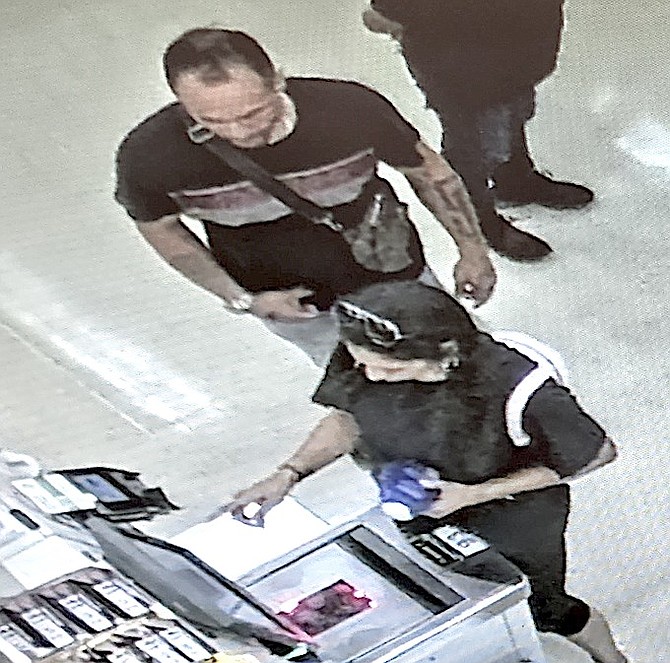 Investigators would like to know the identities of this couple in connection with a series of Aug. 21 vehicle break-ins near Zephyr Cove.

After exhausting all leads the Douglas County Sheriff’s Office is asking for the public’s assistance to identify individuals involved in several vehicle break-ins and related credit card fraud.

On Aug. 21, in the late afternoon, several vehicles were broken into in the Zephyr Cove area. At least one purse containing credit cards was stolen.

After the break-ins, a stolen credit card was used at the Round Hill Safeway. Video surveillance from the transaction showed a man and woman.

The man had dark hair and a short beard. He is seen wearing grey pants or shorts, a black shirt with a red and grey horizontal stripe, and a shoulder bag slung across his right shoulder. He has tattoos on his right and left forearms.

The female has long, dark hair and is wearing a black shirt and short pants with white tennis shoes. She is also wearing a small light colored backpack.

Anyone with information regarding the identity of the couple is asked to contact Brandon Williamson at 775-586-7253.