Donate a penny to help those with ALS 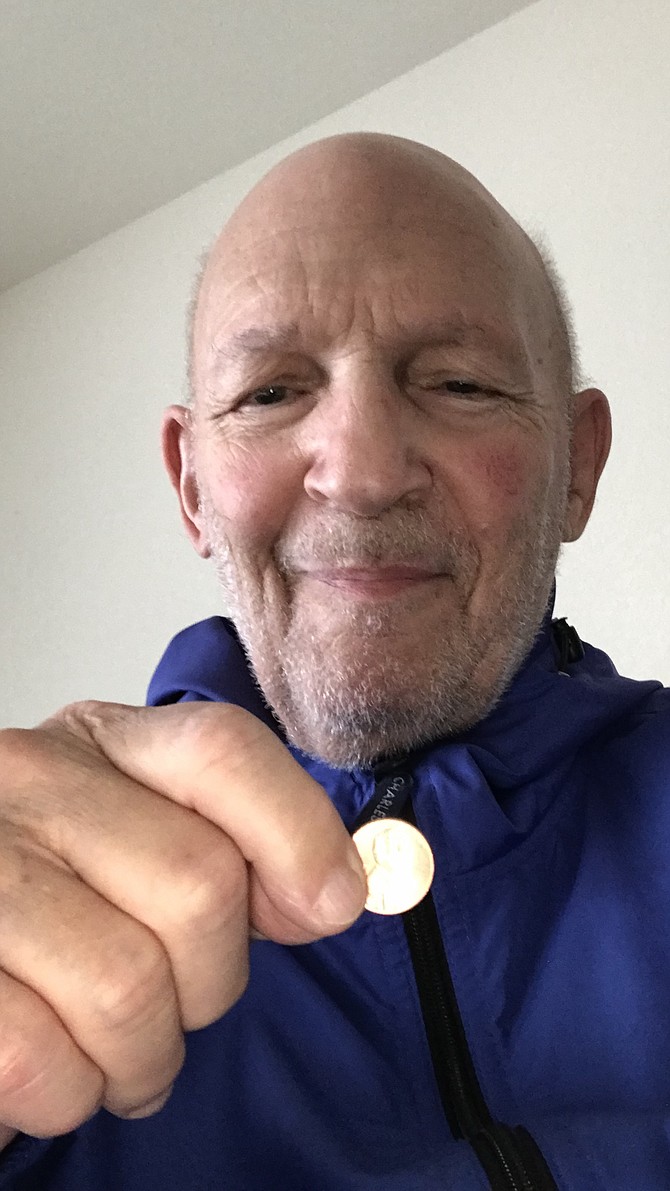 Art Solomon is asking people to donate a penny a day to help find a cure for ALS. Photo Special to The R-C

by Arthur Solomon | Special to The R-C

Amyotrophic Lateral Sclerosis, also known as Lou Gehrig’s disease, is a rare neurological disease involving the breakdown, and eventual death, of neurons that control voluntary muscles. The brain loses the ability to initiate and control movement, often resulting in an inability to eat, speak, move, and even breathe. Yet your mind is left intact to contemplate your god awful vegetative state waiting for your inevitable blessed death.

Approximately 5,600 people in the US are diagnosed with this condition per year, according to the ALS Foundation.

There are treatments for ALS, but there is no cure.

The average lifespan is 2-5 years. You can’t take a shot, take a pill, or have surgery to cure the problem. Pharmaceutical companies are reluctant to invest in research because people die very fast, and it would not be profitable to do so. Motor neurons are located in the central nervous system, specifically in the motor cortex, brainstem, and spinal cord. Motor neurons are also known as efferent neurons, meaning they carry information from the CNS to muscles, and other peripheral systems such as organs and glands. The disease was identified in 1869 by French neurologist Jean-Martin Charcot and became more widely known internationally on June 2, 1941, when it ended the career of one of baseball’s most beloved players, Lou Gehrig.

Patients use BCI Brain Computer Interface or with their eyes. Eye-Gaze Devices.

These devices use eye movement to “activate” a letter, word or phrase on a computer screen, which can then be spoken by the computer for communication purposes. To use eye-gaze devices, the person living with ALS needs to be able to use the muscles that control upper, lower and lateral eye movement. The ABILITY brain-computer interface is currently being tested to restore walking and grasping abilities in stroke and spinal cord injury patients and to enable communication in those locked in with ALS, as well as to assist in neuromodulation treatments. Recently the FDA decided to temporarily approve the drug AMX0035, which has been proven to slow the decline of function and extend life for people with ALS. This is a historic moment of hope for thousands living with ALS, their families, and their caregivers. Unfortunately, approval is not guaranteed.

Arthur Solomon is a 35-year resident of Gardnerville and is an ALS Advocate.