Douglas rallies in second half, but Galena holds on 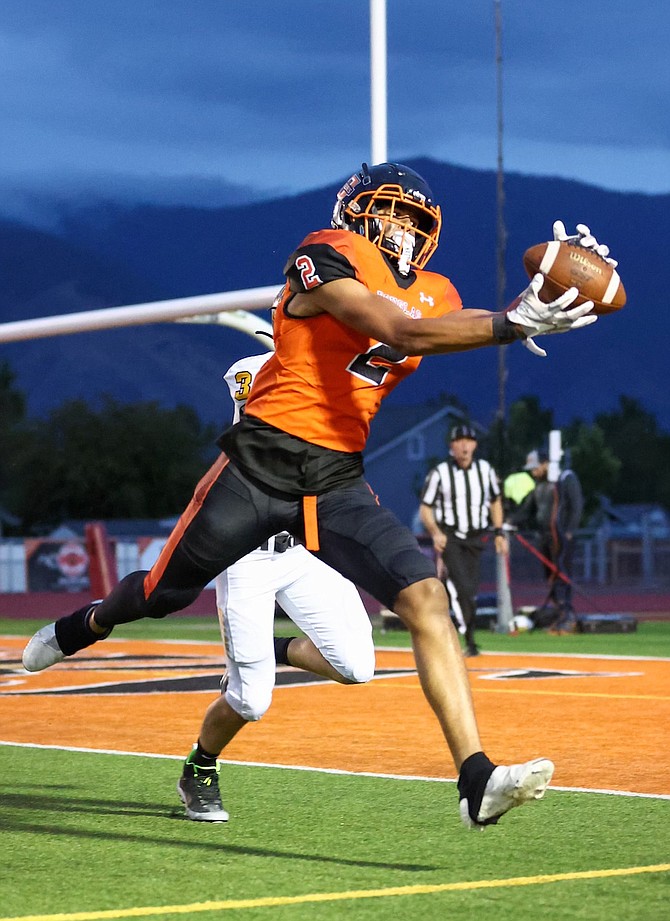 Douglas' Trace Estes hauls in a 14-yard scoring pass with 39 seconds left in the Tigers' game Monday against Galena.
Photo by Ron Harpin.