Tiger football looks to get back on track for homecoming 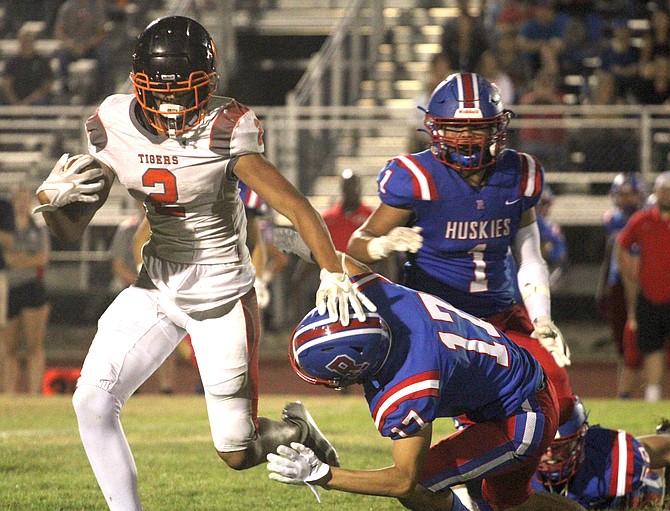 Douglas High’s Trace Estes stiff-arms a Reno defender for extra yards Friday at Reno High. Estes has been the Tigers’ leading wide out this season with 170 yards receiving.
Photo by Carter Eckl.