Miner volleyball too strong for Tigers in postseason 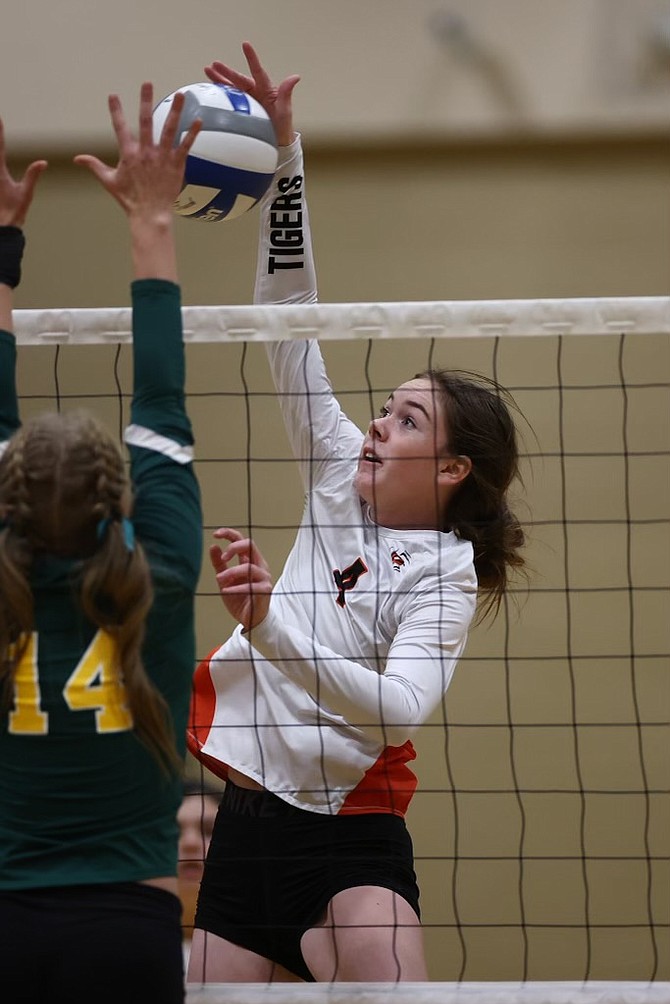 Douglas High's Addy Doerr (4) goes up on the attack at Bishop Manogue Wednesday evening, during the Class 5A North regional semifinals. Doerr, a senior, had five kills in her final game with Douglas volleyball.
Photo by Ron Harpin.

It’s the third season in a row that Douglas High volleyball has opened the postseason with a win.

Douglas couldn’t take a set from the Miners in any of their three meetings this season, but capping another season one win away from a state tournament berth is worth emphasizing.

“I am so proud of them. We are a different team from that first part of the season,” said head coach Suzi Townsell. “They were coming to practice with a different attitude. They were working harder and maturing. We got to the regional semifinals again. One day soon, maybe, it’ll go beyond that.”

Sophomore Leann Lemalu, who had been a big factor in several of the Tigers’ games down the stretch, was out Wednesday night.

Townsell admitted that not having their sophomore outside hitter for a do-or-die game was tough for the Tigers.

In her spot was junior Shasta Garr, who had four kills and an ace in the opening set.

Douglas gave Bishop Manogue a bit of a scare in the second set, playing level with the Miners after a Sofia Kolbe kill.

Trailing 19-18, Bishop Manogue was able to win six of the final seven points to close out the set.

“When we came here the first time we played really well against them too,” said Townsell. “That second game would’ve made it real interesting if we were able to pull that out.”

The Miners didn’t wait around for Douglas to find its rhythm, controlling the third and final set from the jump after taking a 13-2 lead early.

Addy Doerr, Chana Rothschild and Garr all ended the night with five kills apiece for Douglas.

Senior Sofia Kolbe bowed out of her final high school volleyball match with 14 assists and three kills of her own. 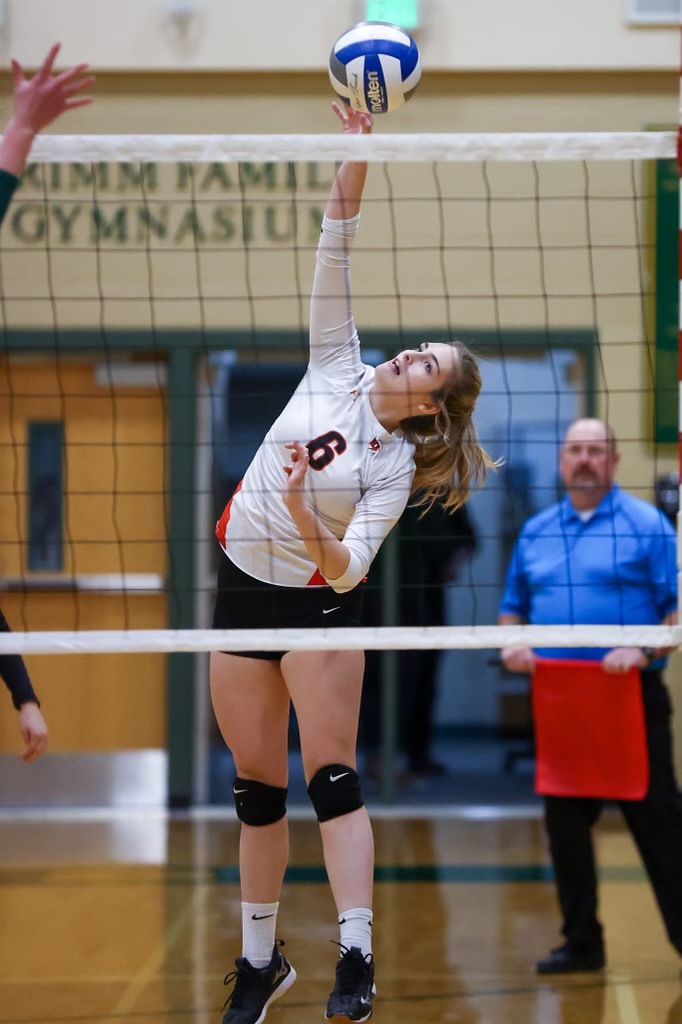 (Douglas High junior Shasta Garr (6) goes up for one of her five kills againsy Bishop Manogue Wednesday night. For the third straight year, the Tigers fell out of the postseason one win shy of a state tournament berth. / Ron Harpin)

Final contest for the seniors

Douglas will lose five seniors to graduation in the spring in Doerr, Rothschild, Kolbe, Emerson Dufloth and Makaila Youmans.

Doerr and Rothschild were the Tigers’ leading hitters this season with 151 and 147 kills, respectively.

Kolbe adjusted to the setter position nicely in her final season, dishing out 377 assists putting together an average of 4.4 asisst per set.

Rothschild and Kolbe led the team in aces from the service line as well with 38 and 37, respectively.

Dufloth closes out her last season in orange and black with 57 kills, 17 aces and nine blocks.

Youmans was one of the Tigers’ better defensive players this fall with 113 digs in her senior season.

Douglas closes the year with a 15-17 overall record and won two out of three against Carson.