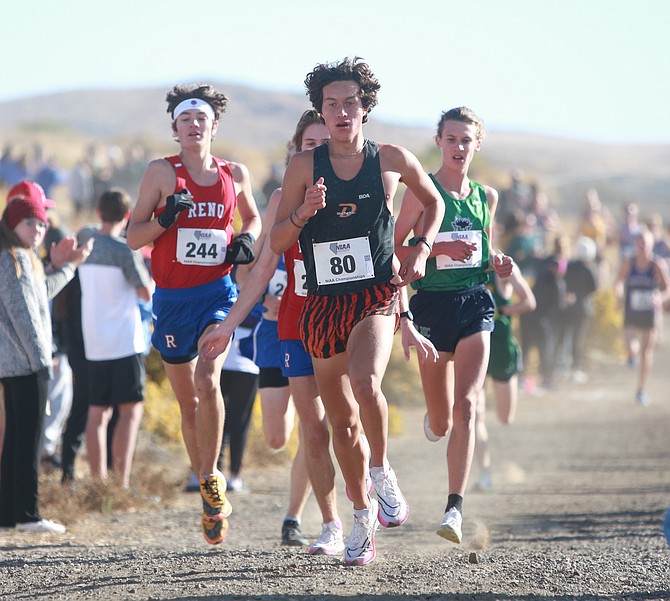 Douglas High senior Jackson Davis leads a pack down the hill at the Class 5A North regional cross country meet Friday morning. Davis and the Tiger team qualified for the state tournament with a fourth place finish as a team.
Photo by Carter Eckl.

For the first time since 2018, the Douglas High boys cross country team will be headed to the state meet after qualifying as a team this past weekend.

The Northern Class 5A regional meet was held at Reed High School where the Tigers wrapped up the final meet before state with a fourth place finish as a unit.

The top five teams in Class 5A all qualify for the state meet, which will be held Saturday, November 5 at Veterans Memorial Park in Boulder City.

Senior Jackson Davis, who crossed the finish line in third place as an individual in 16:47, led the team result.

“For the first bit, I was feeling really good. I got in the front and I was a little surprised,” said Davis. “The past couple of weeks, I’ve been pretty sick. I realized it’s my last race in Northern Nevada so I got to push it.”

Illness made training for the state meet much tougher on the senior, who said it was hard to get high quality workouts in the lead up to the meet.

Luke Davis and Romaine Smoke were the next two Tigers to conclude their races in 11th and 22nd, respectively.

Dennis Jorgensen was 33rd for the Tigers while Jacob Lewis took 40th in 19:40.

Sage Spencer and Joel Nord rounded out the Douglas runners at the state meet with 44th and 52nd place finishes.

For Jackson Davis, his final mile was the one were he felt he proved his desire for one more race, stating he is usually out-kicked by runners toward the finish.

That wasn’t the case Friday morning as Davis edged out Damonte’s Jackson Elliot at the line.

“Oh, it’s feels so good. Last year, we were dead last. At the beginning of the season, I said I wanted to be the biggest underdogs in the state, going from last at regionals last year to qualifying for state,” said Davis. “That was the biggest goal for today.” 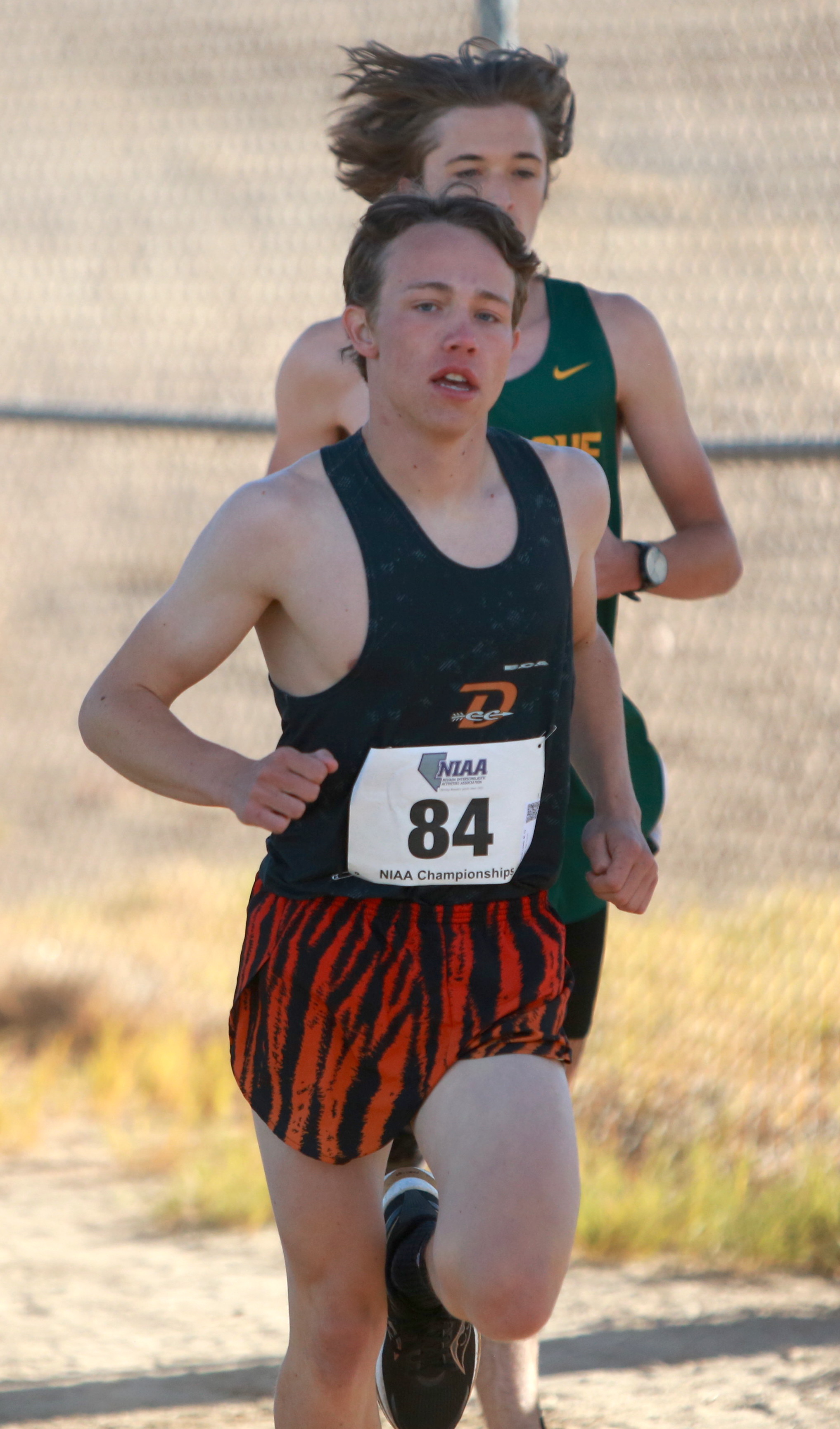 It wasn’t just the boys that will be statebound, either.

Ayla Nelson, Lucy Nord and Niza Barton will all join the other Tiger runners as state qualifiers after punching their ticket to the season’s final meet down in Las Vegas this coming weekend.

Nelson and Nord were right next to each other for nearly the entirety of the race, finishing just one second off each other’s pace.

Nelson was 25th overall while Nord was 26th.

Barton took 36th for the Tigers in 23:19 to qualify in the last individual spot of the meet. 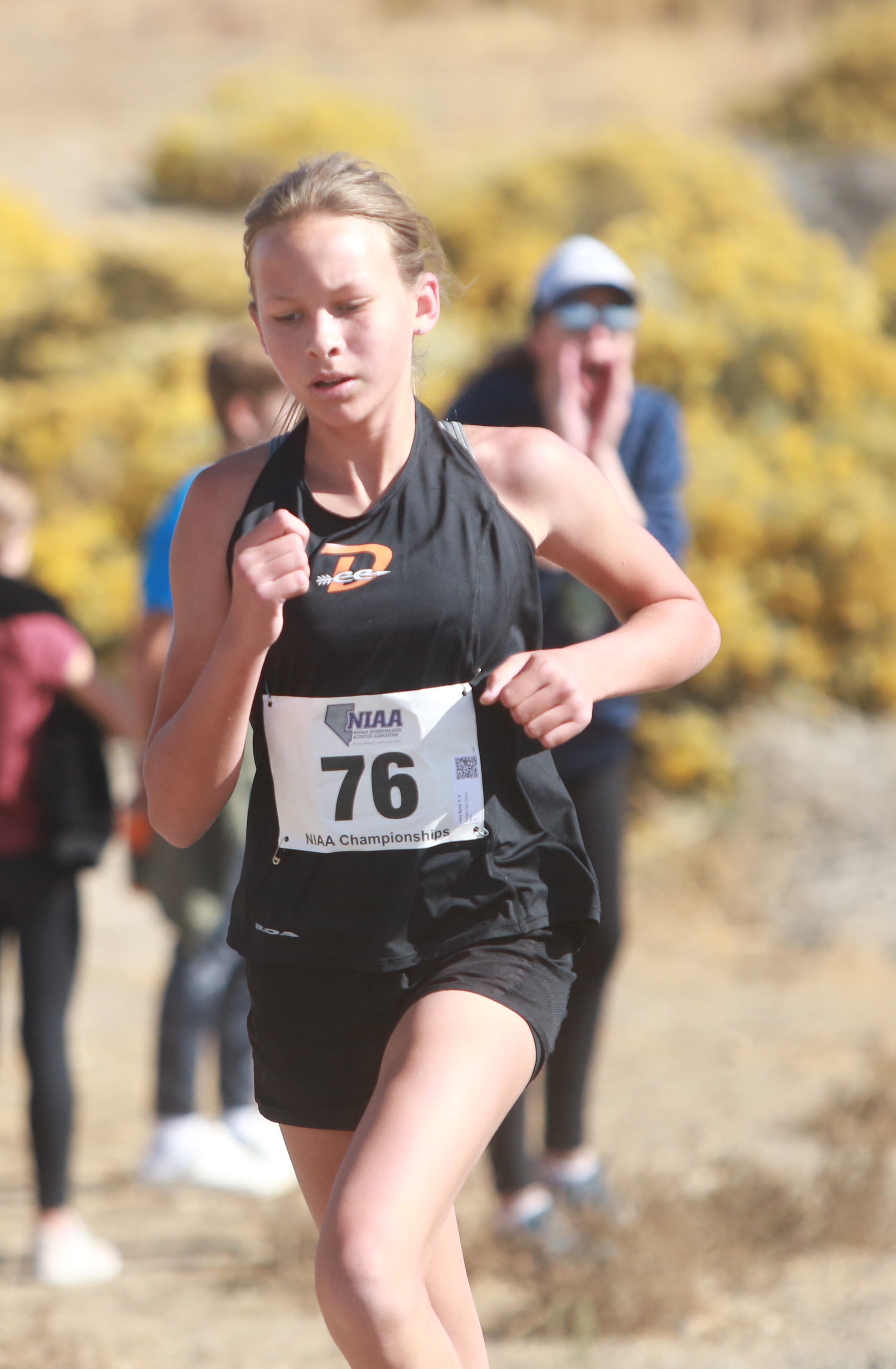 (Douglas High’s Lucy Nord was one of three Tiger girls runners to qualify for this coming weekend’s state tournament. Nord was 26th as an individual as the Tiger girls will have two other runners joining Nord at the state’s final meet. / Carter Eckl)