Republicans endorse Burns for school board 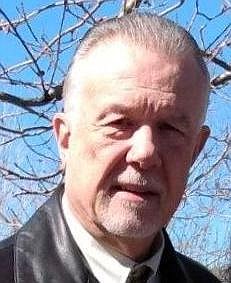 In a relatively rare foray into nonpartisan politics, the Douglas County Republican Central Committee has endorsed candidate David Burns for school board district 7.

Committee Chairman Jim McKalip said he didn’t have any record that the party has previously weighed in on a school board race.

“We started paying more attention to school board two years ago,” he said.

“David Burns has the right qualifications and mindset to successfully address each of those concerns, and the DCRCC is more than pleased to give him its endorsement,” according to the Central Committee’s endorsement. “We hope all voters will recognize David Burns’ excellence as a candidate and bring him victory in the District 7 school board race.”

Burns and candidate Nicholas Brashears participated in the May 12 endorsement interview, but Roberta Butterfield declined, something the Central Committee took issue with.

Butterfield acknowledges that when she was contacted to participate in the endorsement process, she offered to talk to the committee but declined an endorsement.

Butterfield said she identifies as a Republican, having re-registered Oct. 30, 2020, after being a Democrat.

“I have very publicly tied myself to the Republican Party,” Butterfield said. “I did not apply for the Douglas County Republican Central Committee endorsement since it seemed inappropriate to be endorsed by any party for a nonpartisan position.”

“(The) Endorsement Committee informed the nearly 100 voting members in attendance that both Brashears and Burns met the qualifications for being endorsed, in that they agreed in whole with the current Republican Platforms—national, state, and local—and their voting registrations and addresses were in order,” according to a Central Committee release. “Burns won the day, however, as he had more leadership experience, had already been mounting a vibrant campaign, and has made himself available to the community at large through a website and frequent public activities.”

That campaign is being managed by former County Commissioner Dave Nelson. Nelson’s spouse, Jeanne Shizuru, who filed two open meeting law complaints when the school board suspended discussion on critical race theory, was Burns’ key campaign contributor according to documents filed with the state.

Because the position is nonpartisan, it appears on every Douglas voters’ ballot. Unlike the partisan races, the election would only be settled in the primary if one candidate wins 50 percent plus one of the votes.