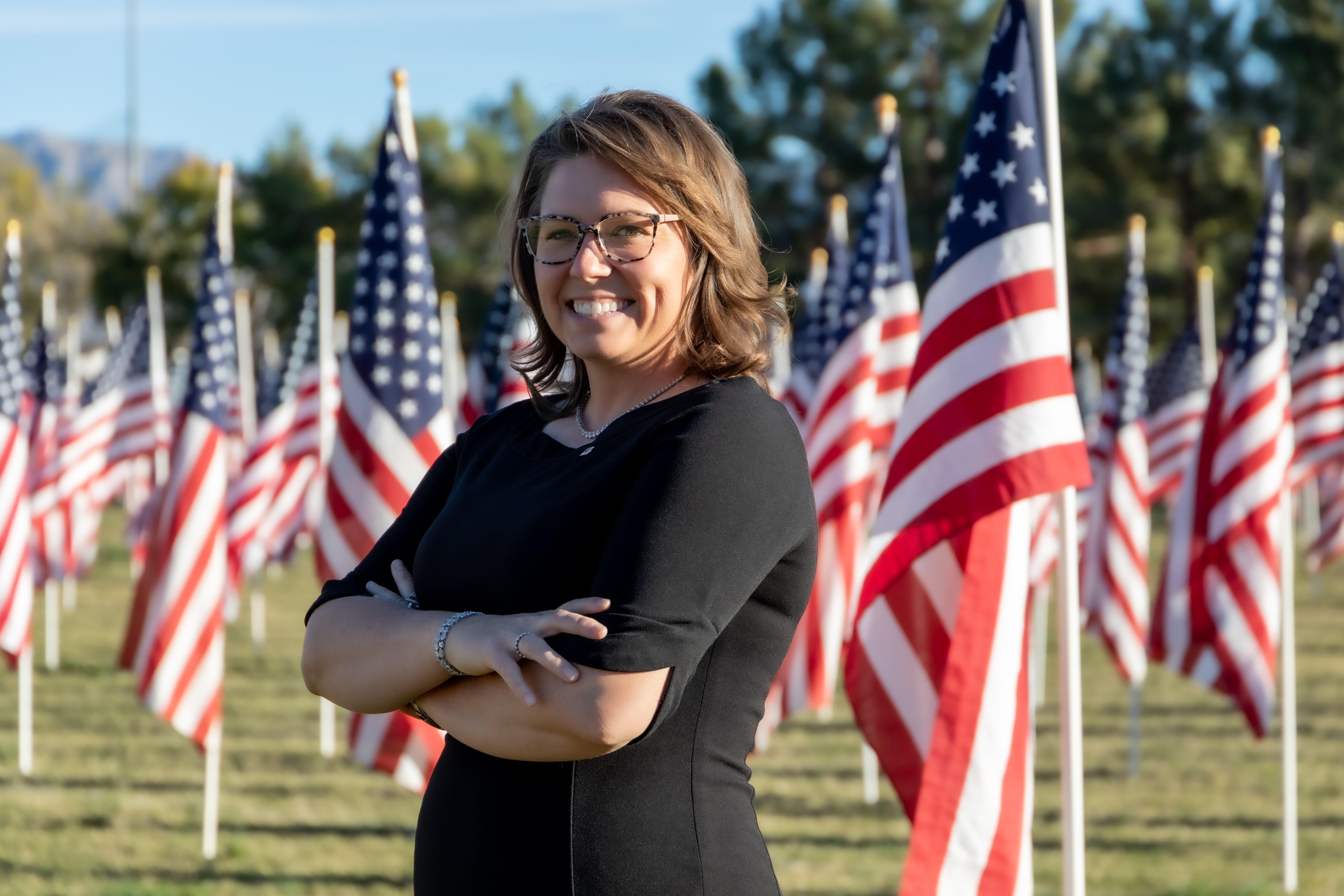 Briefly describe the core duties of the position you are running for:

Members of Congress represent their state and citizens in Washington, DC, and vote on a wide variety of issues affecting the country, including the federal budget, foreign affairs, public safety, health, education and constitutional rights.

I am a proud constitutional and fiscal conservative who has fought for lower taxes, limited government and individual liberty and have been a vocal opponent to heavy-handed, COVID-related government mandates.

I am pro-life, pro-gun, pro-school choice, pro-cop, anti-illegal immigration and have signed and honored the Taxpayer Protection Pledge promising to oppose and vote against any and all efforts to increase taxes.

If elected to Congress, my priorities will be to…

• Support law enforcement and our military

First, you can’t serve the people you hope to represent if you don’t win your election.  I’ve won four out of the five campaigns I’ve been in – including knocking off a three-term incumbent in 2020.  I’m battle-tested with a proven and successful campaign track record while neither or my opponents has yet to win a race.  This is critical in deciding which candidate will have the best chance to unseat the district’s incumbent Democrat in November.

Secondly, it’s not enough for candidates to simply tell people what they want to hear on the campaign trail.  Sadly, voters have been let down, time and time again, by candidates who talked-the-talk while trying to get elected, only to vote the exact opposite way once in office.

Again, I’m battle-tested and proud that I voted – despite intense pressure and opposition from the Democrats, the media, lobbyists and even some of my fellow Republicans – exactly as I said I would when asking voters for their trust to represent them in Carson City.

In fact, in the 2021 session of the Nevada Legislature, I earned the #1 conservative rating from the Nevada Policy Research Institute with a 99.22% score. 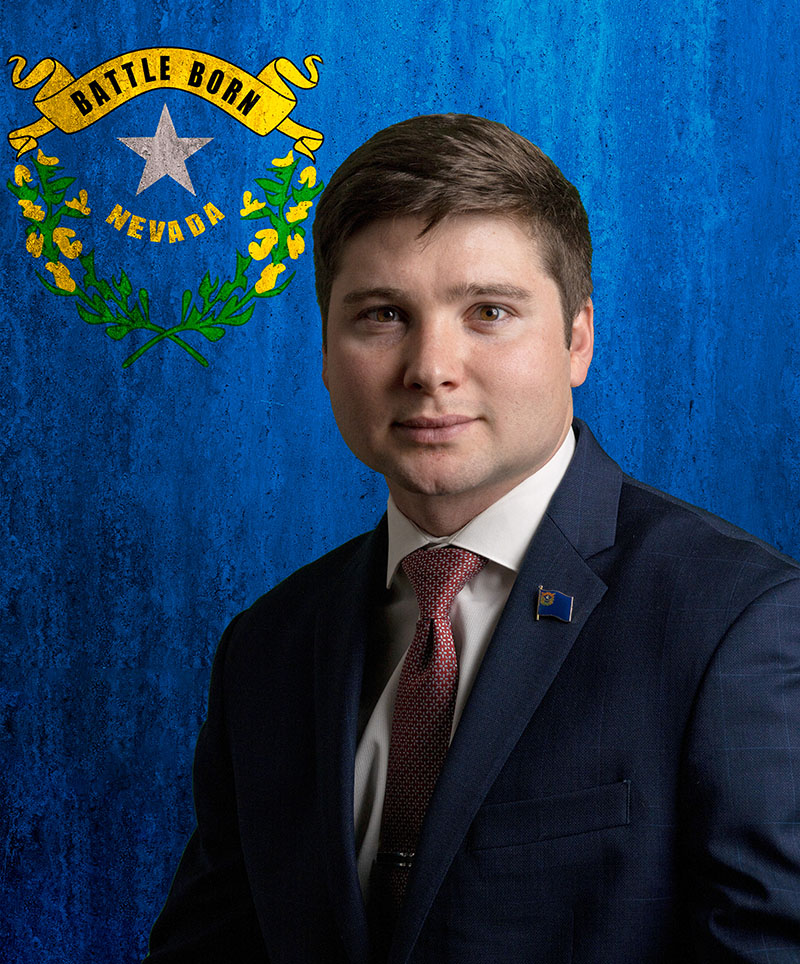 Record of service:
Over the past 10 years, Chance Bonaventura has dedicated himself to defending conservative values here in Nevada.  He has managed/assisted campaigns for proven Republicans within Congressional District 4; some of which include: Councilwoman Michele Fiore, Councilwoman Victoria Seaman, Assemblyman Dennis Hof, Assemblyman Jim Marchant, et al. Over the last 5 years he has served as Chief of Staff for Councilwoman Michele Fiore and continues to put public service as his top priority.
Board member (Vice-Chair) 2017-Present: Neighborhood Partnership Grant Review Board
Board Member 2017-present: Youth Neighborhood Association Partnership Fund
Executive Board Member 2021- present: Boy Scouts of America (Las Vegas Area Council).

Briefly describe the core duties of the position you are running for
To ensure that the constituency of Congressional District 4 is represented; by maintaining an open-door policy, ensuring transparency, and defending State interests by limiting federal overreach and regulatory burden.

A brief statement about your platform
For many years now, Nevada has not been put first. Washington has forgotten traditional American values; and continues to supplement our liberties with federal overreach. Our current representatives are not interested in being the voice for Nevadans; instead, they continue to vote for a radical agenda wholly out of sync with our State, and void of common sense.
Stand with me and let’s:
•          Put Nevada First, and Regain our State Lands.
•          Cut Federal Spending and Lower our National debt.
•          Secure our Southern Border.
•          Lower Fuel Prices- Achieve National Energy Independence.
•          Ensure Election Integrity- Voter ID.
•          End the Abuse of Social Welfare Programs.
•          Defend our 2nd Amendment.
Representing District 4 will require practical solutions and putting Nevada’s interests at the forefront. It has been a pleasure serving our State, and I look forward to continuing to be the medium of our voice.

What makes you the most qualified candidate for this position
Good representation does not stem from how much money a candidate raises, the amount of animosity they can stir up against their opponent, or hollow maxims about their purported stances. Rather, quality representation derives from allowing open discussion to all parties; working out ideas, and having the objectivity to put personal predispositions aside. Nevada needs a representative that has devoted themselves to the study of history, the science of government, and places servitude to the people above all else. Those who try and “convince” are the first to violate lex majoris partis (the voice of the majority decides).
Since 2014, I have been on the ground: listening, working, and solving the issues of the constituency of Nevada. Since such time, I have personally contacted hundreds of thousands of District 4 Residents at the door and over the phone. In 2021 alone, I made over 3,800 calls (totaling 4,004 hours) and sent/received over 39,000 emails to solve issues facing our community. Hard work is in my blood and I will continue to do my best for our State.
My political running mates are great Republicans and I have no doubt they would do a fantastic job representing District 4. What I can offer is a lifelong, and continuing dedication to seeing our Republican values upheld. I offer my life’s purpose to defending against the destructive ideology of the radical left. Thank you for your consideration, do not hesitate to contact me any time: 702-465-0942.
(Having gone over my 300 words, I would like to add this if your esteemed paper admits.)
“Honor, justice and humanity call upon us to hold and to transmit to our posterity, that liberty, which we received from our ancestors. It is not our duty to leave wealth to our children, but it is our duty to leave liberty with them. No infamy, iniquity, or cruelty can exceed our own if we, born and educated in a country of freedom, entitled to its blessings and knowing their value, pusillanimously deserting the post assigned us by Divine Providence, surrender succeeding generations to a condition of wretchedness from which no human efforts, in all probability, will be sufficient to extricate them; the experience of all states mournfully demonstrating to us that when arbitrary power has been established over them, even the wisest and bravest nations that ever flourished have, in a few years, degenerated into abject and wretched vassals.” [The Political Writings of John Dickinson, Esq. 1804.] 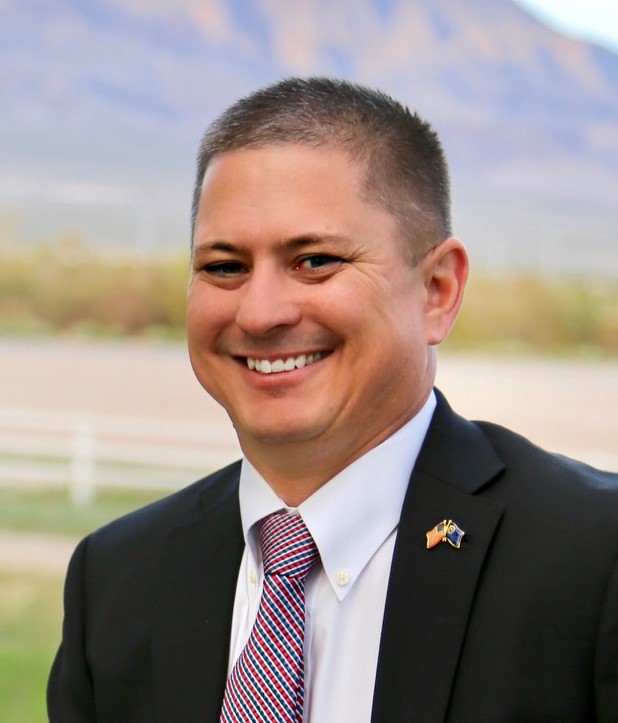 Sam spent twenty years serving in the U.S. Air Force, first as an enlisted K9 Handler and later as a Commissioned Officer. His service included combat support in Afghanistan, Iraq, Saudi Arabia and Kuwait, and tours in Panama and Korea. He retired in 2013 after earning a Bronze Star for his efforts in Afghanistan. During Sam’s military career, he was consistently ranked #1 among his highly efficient and competent peers. Presently, Sam is the Owner of Peters Family Insurance, a three-time “Best of Las Vegas” risk management firm. Prior to settling in Nevada, Sam spent two years as a corporate employee where he managed nearly $100M in annual revenue. Sam has served in numerous boardmember roles and is currently a member of the Rotary Club of Summerlin where he’s volunteered at local at-risk schools, mentored Junior Rotary, and aids in the quarterly clean-up of Police Memorial Park in Las Vegas. Sam has also worked on community projects for Three Square Food Bank, Project 150, the American Diabetes Association, the American Heart Association, St Baldrick’s Children’s Cancer Research, Boy Scouts of America, and many others.

Sam earned a bachelor’s degree in Criminal Justice Administration from Park University, a Master of Science in Administration w/Focus on Law from Central Michigan University,
and a Graduate-Level Certificate in Organizational Finance from the University of Maryland University College.  Sam is also a graduate of the United States Air Force Squadron Officer School (Distinguished) and the Air Command and Staff College.

Briefly describe the core duties of the position you are running for.

It's the job of a U.S. Representative to represent the citizens of their district, state, and the country (in that order) as it applies to writing/repealing law, budgeting, and holding the Executive and Judicial Branches of the federal government accountable to the Constitution.

A brief statement about your platform:
I am a Constitutional and Fiscally Conservative Republican running in Nevada's 4th Congressional District to represent the citizens of this great district, state, and country.  My top three platform items are:  1.
Illegal Immigration, 2.  Excessive Federal Spending and Debt, and 3. Federal Government Overreach and Growth.  In short, our country is being invaded and our elected officials are continuously failing to address the safety and security of our nation while furthering policy that encourages further invasion.  It's simply criminal!  If the invasion doesn't destroy us, the spending of your tax dollars at an unprecedented rate and accruing unfathomable levels of debt will.  It is time to bring common sense back to our federal government and protect our communities and our national solvency.  In addition, the continued growth of federal agencies and the pitting of the federal government against the people needs to be reined in and ultimately eliminated.  The government is for, of, and by the People and this message needs to be taken to Washington D.C. by someone unafraid to speak truth to power.

What makes you the most qualified candidate for this position
I am a 20-year Air Force veteran. My first 10 years of service were as a Law Enforcement K-9 handler/trainer. The second 10 years were spent as a commissioned officer, leading people and organizations.  I deployed to the Middle East 4 times, spent time in Iraq and earned a Bronze Star for service in Afghanistan.  When I retired from the military, I worked two years for corporate America and was a business leader/consultant for 31 storefronts in Alaska.  In 2015 I opened my first Insurance agency in Las Vegas.  Over the first four years, I grew that business to three agencies and more than 400% in size. I have a BS in Criminal Justice, MS in Administration (Law), and a Graduate Certificate in Organizational finance.  I’m a graduate of Air Force Squadron Officer School (Distinguished) and Air Force Command and Staff College. I’m a better candidate than my opponents because none of the candidates in this race, including the incumbent, can say any of what I just listed.  I have foreign experience, federal law and process improvement experience, I have business experience, I’ve signed the front and back of paychecks, and I have school age children that drive me to fight for this country. Ultimately, my experience is broader, my education is greater and my service in high stress/risk environments and success in those environments is proven and unmatched.