Beating suspects in court this week 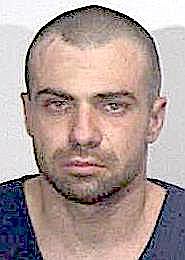 A fourth suspect in the April 1 alleged beating of an inmate in the Douglas County Jail denied two counts of battery by a prisoner Tuesday.

Devin Thomas Nestroyl, was returned on a warrant to Douglas County from California where he was incarcerated on separate crimes, to plea to the counts of conspiracy and battery by a prisoner charge.

According to jail surveillance, on April 1, Nestroyl, Shawn Gary Stenzel, Kevin Louis Cucuk and Randy A. Martin, entered another inmate’s cell where the alleged beating occurred causing a broken rib and several other injuries to the victim’s face and head.

His underlying sentence of 12-30 months with credit for time served of 103 days.

As a condition of probation, he was ordered to participate in Western Nevada Regional Drug Court.

He would have been eligible for a diversion program, but he was convicted of trafficking in connection with big Tahoe drug bust that occurred in November 2018.

Attorney Maria Pence said Stenzel was arrested after a traffic stop for not having license plates and a search of the vehicle resulted in deputies finding a small amount of methamphetamine.

Stenzel and three other defendants are denying charges they beat another inmate and are scheduled for trial in August.

• A Winnemucca woman, who admitted Monday to having a stolen orange Jeep, faces 1-5 years in prison at sentencing.

Celia Doyal, 26, and Richard Skyler Common, arrived in Douglas County on Dec. 28, 2021, in the Jeep they abandoned along the side of Highway 395 in the Pine Nuts.

On Monday, Doyal’s attorney Maria Pence said she would be seeking probation at a July 11 sentencing.

Doyal was released from custody with a GPS ankle monitor on Jan. 5, but failed to charge it. She was eventually arrested in Plumas County and returned to Douglas County on March 23.

• A Gardnerville woman accused of a hit and run in Chichester Estates denied the charges Tuesday.

Priyanka Khosla, 30, is accused of striking a child on a scooter with her Silver Sedan in September 2021. The child said he was riding his scooter on Petar Lane when he was struck by a silver vehicle, which did not stop. He suffered a compound fracture in the collision. Khosla allegedly told investigators that she was the one driving the vehicle but that she didn’t realize she struck the child.

In Nevada, a hit and run collision causing bodily injury with no attempt to notify authority is a felony and could result in a 2-20 years prison sentence.

A trial date is yet to be set.

• A man admitted to unlawful taking of a motor vehicle.

According to court documents, Tari Matthew Ahmad was involved in an argument with a spouse and took the Jeep that was in her name, which she reported stolen.

He received probation on a suspended 360 days jail sentence with 160 days time served.