Centering the future of Stateline 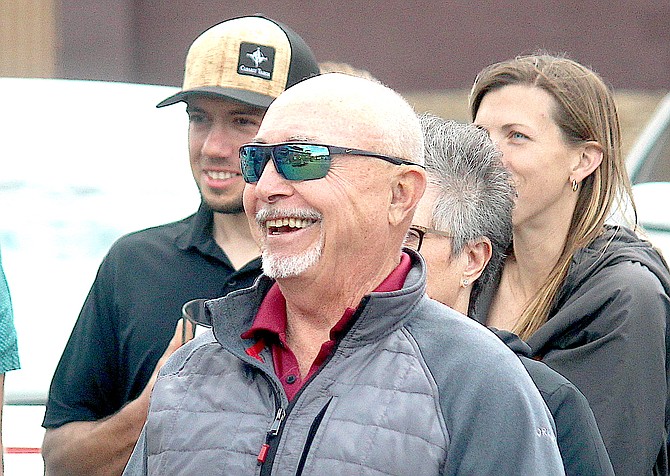 The largest single construction project in Douglas County hit a milestone on Friday.

About 80 people watched a beam they’d signed that afternoon lifted into the air and placed atop the Tahoe Douglas Visitors Authority Events Center.

Whatever your feelings about the center, there’s no question the building at Highway 50 and Lake Parkway is well on its way to completion.

Stateline has been an outsized source of revenue for Douglas County since the first gambling establishments were constructed in the 1950s.

It has been more than three decades since some sort of large indoor venue has been sought at Lake Tahoe to help revitalize that source of revenue.

That’s even more important since Douglas County cut the cord to state sales tax coffers in March. Douglas County was still a guaranteed county in February, having collected $1.08 million and receiving $1.294 million based on its population. That’s the equivalent of around $2 million a year.

Because Douglas will no longer have guaranteed sales tax revenue from the state’s other counties, it’s time to take generating sales tax at home seriously.

It’s our hope that despite the controversy surrounding construction of the events center, it will do what proponents say and help rev up the county’s economic engine.