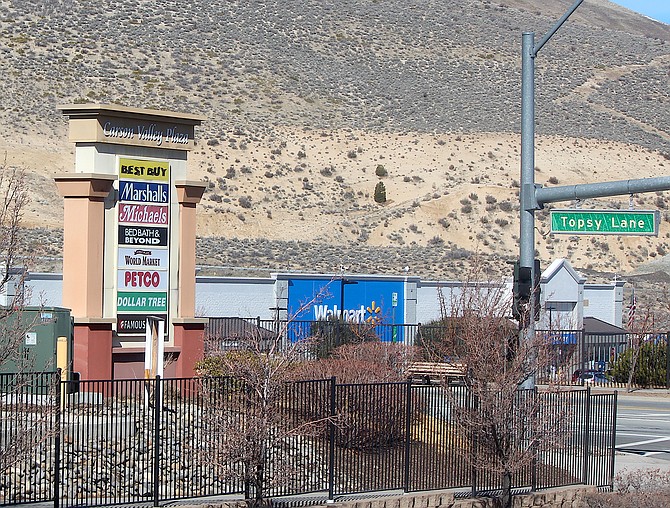 In 1991, Douglas and other rural counties faced the possibility that they might have to survive on the sales tax revenues they raised within their own boundaries.

The debate over the Fair Share sales tax distribution began when it was learned that Washoe County received as much as $100 million that should have gone to Clark County. In turn, Washoe County said that the rural counties that were being subsidized should support themselves.

The possibility that Douglas would have to find additional sales tax revenue to support itself spurred efforts to develop retail projects along the Highway 395 corridor.

All the big box stores from Jacks Valley Road to the county line were built in an effort to increase the county’s sales tax revenue.

But it wasn’t big box stores or the Legislature that ended up bringing Douglas to the point where its subsidy may end. It was something that was virtually unheard of in 1991, online shopping.

The Tax Commission is scheduled to take up the matter at its March 7 meeting.

Nevada funds the counties through a consolidated tax that includes tobacco, liquor and other sources besides sales tax, which accounts for the lion’s share of the revenue.

According to the Nevada Department of Taxation, county merchants collected $17.6 million in sales and other taxes, $1.96 million more than the $15.64 million the county received from the state.

“Douglas County receives a predetermined distribution from the state each year regardless of the actual revenues generated by taxes,” according to Chief Financial Officer Terri Willoughby. “Douglas County has reached the threshold of generating 10 percent more than the county is receiving, which requires removal from the guaranteed status.”

The county could have sought a one-year waiver from the Nevada Tax Commission but would have had to show there was a nonrecurring taxable sales event.

A U.S. Supreme Court decision requiring that out-of-state internet sellers collect sales tax credited to where the purchaser is located contributed to the increase.

“Douglas County is therefore collecting more tax revenues from internet sales that are not based on a physical store located in Douglas County.”

A 11.15 percent, Douglas has the lowest year tax income over its subsidy. Lyon County is at 15.48 percent and Pershing County is running 58.38 percent ahead.

If Douglas or Lyon were relying solely on in-state collections, both would be below the threshold.

According to a table provided by the state, Douglas collected $14.3 million from in-state sources and $3.28 million from out of state, much of which was from online sources. The county received a total of $15.6 million through guaranteed revenue based on its population.

Lyon only collected $11.1 million from within the Silver State, while getting $3 million from out of state sources. It received $11.9 million in total state revenue.