Falcon hoops playing for growth early in the year 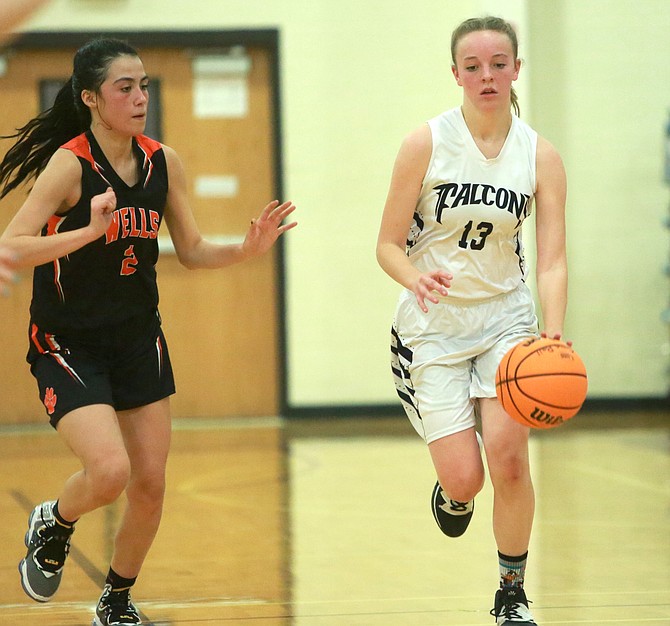 Wells and Sierra Lutheran girls basketball went down to the wire Friday for the second meeting between the two schools in a week.

The Leopards edged the Falcons, 28-26, in their first meeting but Sierra Lutheran senior Makenna McQuain had different plans as overtime drew to a close.

The senior captain turned and, with a defender in front of her, heaved a shot. The 3-pointer, which came from about three feet behind the arc, went straight into the basket.

The Falcons, as well as the Sierra Lutheran boys team, stormed the court as McQuain stood in shock, looking around the gym to make sure it was all real.

The buzzer-beater gave Sierra Lutheran a 30-27 win in overtime.

Did McQuain think the ball was going in when she shot it?

“No, absolutely not,” laughed McQuain postgame.

Makenna McQuain drains a 3-pointer at the buzzer to win it for the Falcons. What a finish pic.twitter.com/HFHg8hxl6U

Sierra Lutheran is 3-2 through its first five games of the season and still focusing on finding its rhythm for a full 32 minutes.

The Falcons did see plenty of opportunities to get out and run in transition Friday as multiple players racked up large steal totals.

Both senior captains said they’ve been working on defense and boxing out to improve their work on the glass.

Head coach Makenzi Stuckwisch is in her first year for Sierra Lutheran and also looking for the Falcons to make some strides in some of the fundamental areas.

“I came in with girls with no experience, up to 12 years of experience,” said Stuckwisch. “We want to make sure we don’t foul a whole lot and shooting good shots.”

One thing the Falcons offense will be predicated on this season is paint touches.

Sam Steyn, one of Sierra Lutheran’s agile guards, had seven points Friday and was consistently driving into the post for scoring chances.

“Sam is our best ball handler and she’s great on the outside shot,” said Stuckwisch.

Chloe Friend had four points in the third quarter for the Falcons and is another weapon Sierra Lutheran will look at around the basket.

Sophomore Tristin Langemeier has shown her hustle to be one of her stronger attributes on the floor.

With no contests left on the schedule until 2023, the Falcons will continue to prioritize inside looks in practice as well as limiting turnovers.

BOYS OUT TO HOT START

The Falcons certainly left some room to be desired after their 43-38 win over Wells Friday.

Those standards come from besting the Leopards 56-22 just a week prior.

Marcus Jones and Hunter Rowlatt will be two of the key pieces on the floor this season and proved that Friday, combining for 27 points.

The boys are athletic and quickly showed their ability to get out running in transition if need be.

Of course, with that comes new defensive looks that they’re expecting to see again this season.

Wells relied on a box-and-1 defense for most of the contest, opting to face guard Jones at point guard while playing a box around the paint.

Though the offense may have been a little inconsistent Friday, Sierra Lutheran has exceeded 50 points in six of its 11 games.

“When we play together, we are a really, really good team,” said Falcon head coach Eric Schinzing.

The biggest test early in the season for the Falcons has been battling injuries.

“We need to get our offense a little bit dialed in,” said Schinzing. “This is the first time we’ve been healthy all year.”

Sophomore John Salonites has been red-hot to start the year for the Falcons.

Flynn Schiebe and Luhr Immen are two more forwards who will be heavily involved on the floor.

Junior guard Alan Morales is another player to watch for the Falcons.

For now, the focus is getting healthy and buckling down the defensive end of the floor.

“Defense is the name of our game. We are all about defense,” said Schinzing.

Sierra Lutheran will get back into action after the holiday break against Mammoth on Jan. 3. 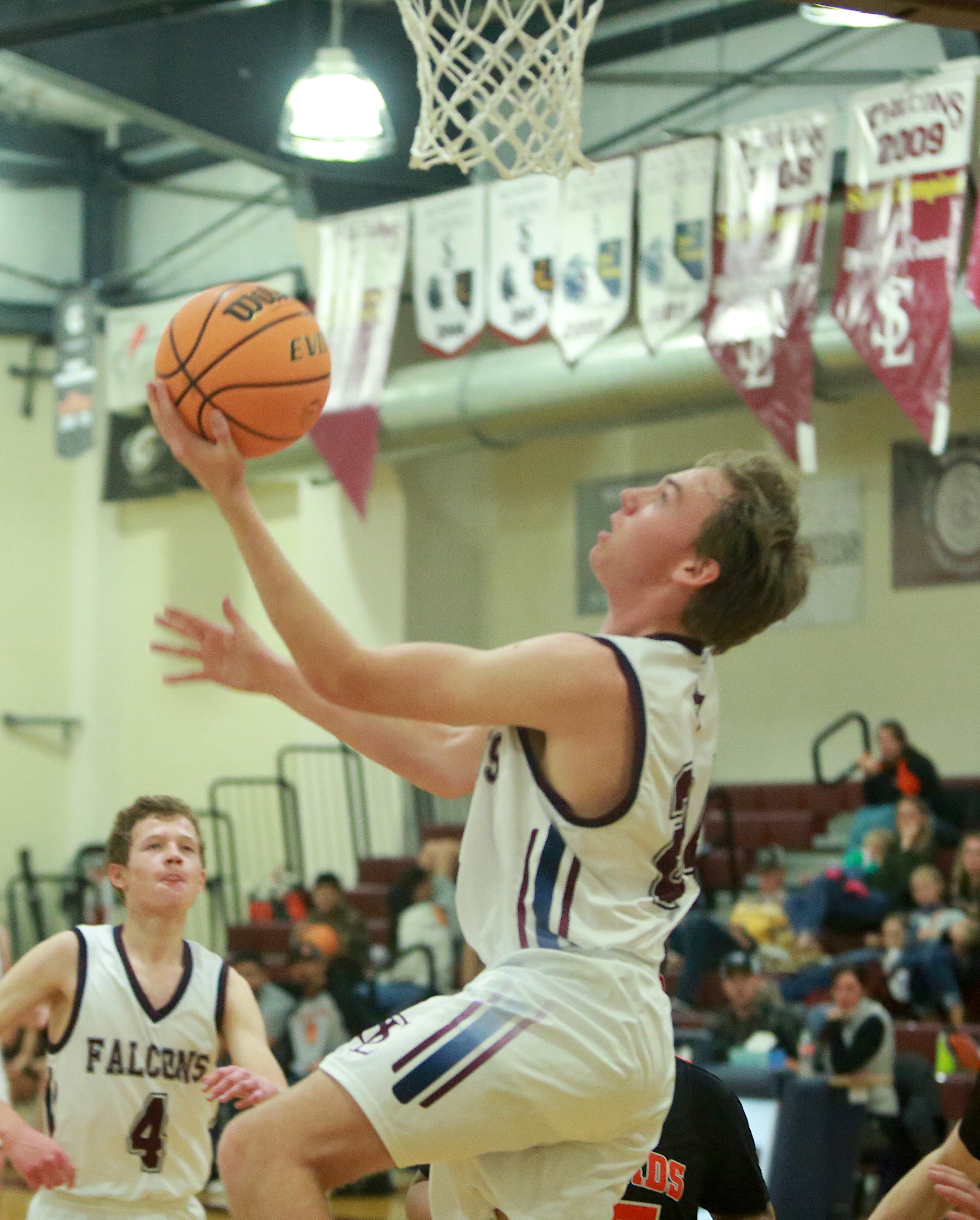