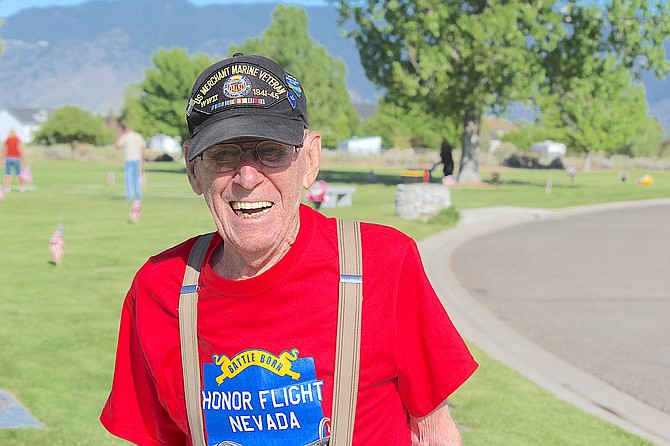 Charlie Montanaro at 99 at a Memorial Day event in May.