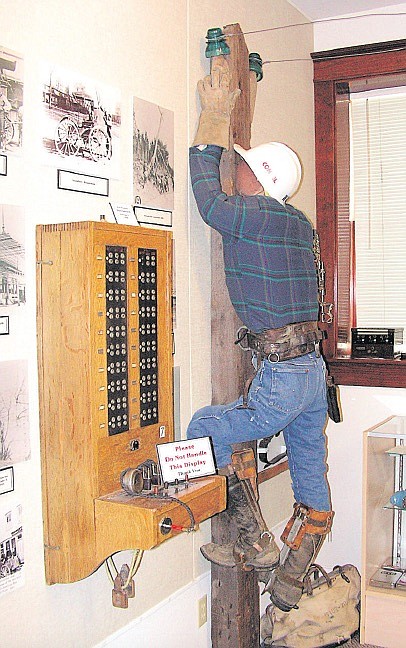 A display in the Carson Valley Museum & Cultural Center of the old switchboard and a lineman for the United Farmers Telephone and Telegraph Co, which served Carson Valley until 1946. In those days, people would tell the operator who they were calling. Record-Courier File Photo

Starting Sunday, all local phone calls across the country will require the use of the area code. In Northern Nevada that means even local callers will have to press 775 before the phone number.

The change is required by the implementation of the 988 phone number to call the National Suicide Prevention Lifeline.

Besides having to enter the area code, phone numbers will remain the same, as will the cost of a local call.

The Federal Communications Commission determined that repurposing one of those numbers would require time as thousands of people continued to use them for their previous purpose.

The 988 number isn’t used as a geographic area code in the United States and has fewer corresponding central office code assignments than other codes that were considered.

Cell phones already require the use of the three-digit area code, so most of the impact from the change will be for residents who still have land lines.

According to the National Center for Health Statistics, fewer than 40 percent of adults in the United States live in households with a land line.

Editor's Note: The Record-Courier first reported this story in January.