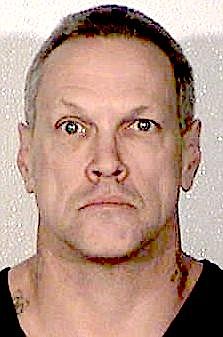 A man with a history of domestic battery convictions was sentenced to 2-5 years in prison on Monday. James Arlin Lucas, 49, apologized to the victim. “She in no way deserved this,” he said. “I’m an idiot and I ruined everything. I can’t keep doing this.” Lucas told District Judge Tom Gregory that once out of prison, he plans to participate in the minimum two-year Delancey Street program to try to correct his behavior. According to court documents Lucas has been arrested around a dozen times for domestic battery. He was on probation out of Orange County when he was arrested on March 14 for backhanding and pushing the victim. According to his background, he had three convictions in Oklahoma in addition to the one in California. In Nevada, a third domestic battery in seven years is a felony, as is any subsequent domestic battery after that felony. • A Sacramento man accused of felony domestic battery with strangulation in 2018 is back in Douglas custody. Adam T. Medina, 41, is accused in a Feb. 12, 2018, incident at the Tahoe Ridge where he allegedly broke down a door and punched the victim in the face several times. A warrant was issued for him for failure to appear in December 2018. His attorney said that he was involved in a collision and felony DUI, which resulted in his being sentenced to prison in California. During the accident he said medics cut off the GPS and that Medina didn’t know where it went. The case was set for trial at the time. His bail was set at $30,000 cash only and a June 7 hearing date was set. • A Fernley man who admitted to possession of a controlled substance and driving under the influence avoided jail and a suspended 12-30-month sentence on Monday. Probation was mandatory for Abraham Morales-Albarran, 26, under Nevada law. He was found in possession of more than the legal limit of marijuana. • A $5,000 bench warrant was issued for the arrest of a woman who failed to appear in Douglas County District Court on Monday. Heather White, 30, was arrested in January 2018 with a small bag of methamphetamine during a traffic stop. Her attorney said she tried to contact her but had no success. • A Placerville man, who admitted to possession of methamphetamine, plans to seek a diversion program. Randy Allen Olson, 48, entered a guilty plea to the single felony charge in connection with his Dec. 11, 2020, arrest. A June 7 hearing date was set to rule on his diversion petition.