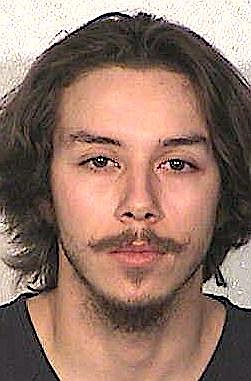 A Gardnerville man received the maximum sentence of six years on a charge of child abuse involving sex.

Brandon Henery Arellano, 20, admitted to the plea deal that allowed him to avoid a sexual assault charge.

District Judge Tom Gregory said on Feb. 22 that a psychosexual evaluation that found he was at average to above average likelihood Arellano would reoffend was key in his decision to sentence him to 2-6 years in prison.

Attorney Brian Filter argued that Arellano was not a predator and asked for probation.

“I’m very sorry for what I have done,” Arellano said. “I know I hurt her.”

Prosecutor Patrick Ferguson said Arellano was originally facing the rape charge after he forced himself on a 16-year-old girl.

Ferguson said the girls family took Arellano in after he admitted to smoking marijuana with a minor and was placed in Western Nevada Regional Drug Court.

He said Arellano and the girl had relations before she turned 16, but that the charge stemmed from an incident where he later forced himself on her.

“He admitted to providing marijuana to juveniles,” Ferguson said.

Arrellano had LSD and marijuana when he was arrested in April. He admitted to possession of a controlled substance and contributing the delinquency of a minor.

He received a suspended 12-30-month prison sentence on that charge.

• A man who used drugs while he was on probation will receive long-term drug treatment.

Daniel Duckworth, 38, was ordered to attend an inpatient drug program in connection with violating his probation.

He will remain in custody until a bed is available for him.

Duckworth was arrested on Feb. 4 for a probation violation. He admitted on Feb. 22 that he’s used a controlled substance.

Under new Nevada law, that’s considered a technical violation and not necessarily something that would result in revocation.

However, even defense attorney John Malone conceded he wasn’t sure how someone could use a controlled substance and yet not have it in their possession, which would be a nontechnical violation.

District Judge Tom Gregory said he wasn’t ready to determine that issue from the bench. Duckworth did lose any good-time credits he had as a sanction.

• A South Lake Tahoe man admitted on Feb. 22 that he had methamphetamine on him when he was arrested Jan. 9, 2020, at Stateline.

Steven Gregory Hurd, 62, was in custody after he missed his arraignment earlier this month because he missed a bus.

Hurd will be allowed to participate in an inpatient program if a bed becomes available.

He faces 1-4 years in prison at his April 5 sentencing.

• A man who struck a pedestrian walking along Highway 50 at Lake Tahoe in 2016 will spend the next month in jail.

He said he found out he had a warrant when he sought a casino work card. He absconded from his probation, failing to report for months at a time, moving without giving his address and using marijuana.