Man told to show up in court or face a warrant 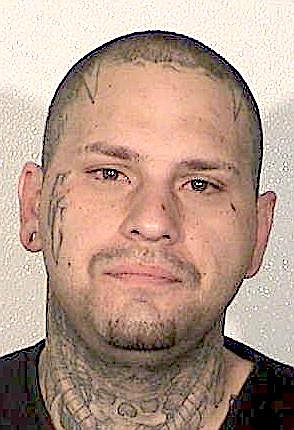 A California man was given two weeks to appear in district court in connection with his November felony arrest.

Christopher Michael Murray, 26, was arrested Nov. 23 and was scheduled to be arraigned Tuesday.

Prosecutors asked for a $10,000 bench warrant. He appeared virtually Feb. 2, but had some issues then, prompting his attorney to ask for a continuance.

District Judge Tod Young said that if Murray isn’t in court on March 2, he would be issuing the warrant.

“And if he does appear, he’s going to have to show cause why he shouldn’t be held in contempt,” Young said.

Murray and South Lake Tahoe resident Thadd Winton were arrested in a Minden neighborhood after residents reported drug dealing. They were standing next to a vehicle talking when deputies responded.

Winton received 43-108 months in prison in December in connection with a car theft where he stole a Navigator on Sept. 21 at Lake Tahoe and drove it into Douglas County where he was taken into custody.

Winton admitted to being an ex-felon with a firearm and transporting a controlled substance near a school. He faces sentencing on the charges on March 23.

• A Carson City man who admitted stealing shoes from a Topsy store faces up to five years in prison after he admitted a charge of burglary.

Prosecutors agreed to recommend that Seslar serve any sentence at the same time as a 180-day jail sentence he’s currently serving.

District Judge Tod Young reminded Seslar that he could be sentenced to the full five years, a $10,000 fine at his April 13 sentencing.

Seslar admitted to entering Famous Footwear on Oct. 17, 2020, with the intent to steal.

• A former Gardnerville resident will return to district court for her arraignment for having someone else’s credit card and a controlled substance.

Haley Christine Douglas has indicated that she will plead guilty to the charge, but an issue with plea agreement has delayed the entry of her plea.

Under the agreement she will have to pay restitution to the people whose credit cards she had when she was arrested.

Douglas, 26, and Thomas Edward Geisler, 30, were after a Dec. 15 traffic stop on Waterloo Lane near Lampe Park.

According to the sheriff’s report, Geisler was driving a green Honda sedan with no license plates or temporary moving permit. Geisler has since been released from custody.

A deputy recognized Douglas as someone wanted by Douglas County Alternative Sentencing, and she was taken into custody.

While she was being walked to the patrol vehicle she said there was a methamphetamine pipe in her purse.

Geisler appeared in East Fork Justice Court on Friday and is scheduled for a preliminary hearing in the case after denying the charges.

• A Wellington man who took a classic vehicle and abandoned it along Highway 395 in the Pine Nuts admitted to one count of grand larceny of a motor vehicle on Tuesday.

Ethan Sean Mayotte, 41, faces up to five years in prison at his April 6 sentencing, though he is eligible for probation in connection with the Oct. 12, 2020, theft of a yellow 1966 El Camino.

The El Camino ran out of gas along the highway.

Mayotte was also arrested on an instance of shoplifting and was the subject of a brief search in Minden after deputies found evidence linking him to the vehicle inside.

• A Reno man faces a March 2 arraignment on a charge of possession of heroin.

Joshua Tyler Steen, 29, was arrested on a warrant on Feb. 2 for failure to appear in District Court.

• A man who admitted violating his probation on a drug felony will remain in custody for the next few weeks unless an inpatient treatment program becomes available.

• A Wellington man admitted to a count of possession of stolen property on Tuesday in connection with his arrest with a stolen travel trailer.

Prosecutors won’t oppose probation at Richard Joseph Brown’s April 20 sentencing. He was taken into custody on Dec. 23, 2020, for having someone else’s 2013 Evo travel trailer. Under the agreement, Brown will have to forfeit two firearms.