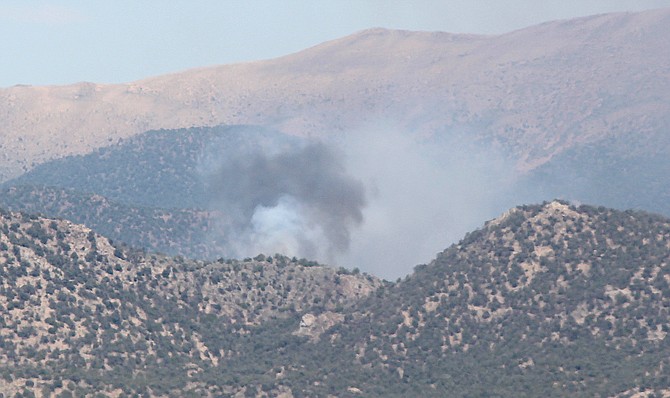 Smoke from a fire rises from the Pine Nut Mountains east of Stockyard Road
Photo by Kurt Hildebrand.

Firefighters are responding to an estimated 3-5-acre blaze in the Pine Nut Mountains that sent up a smoke plume about 3 p.m. Monday.

With a red flag warning only two hours old, the smoke was first reported around 3:05 p.m., according to the Sierra Front Interagency Dispatch Center.

East Fork Fire Protection District mustered at least two water tenders to respond to the fire, which is beyond any hydrants.

According to the location included on the Center’s web site, it is in the Buckeye Creek drainage.

A 26-mph wind gust was recorded at Minden-Tahoe Airport.

The red flag warning is in effect through 11 p.m. Monday.