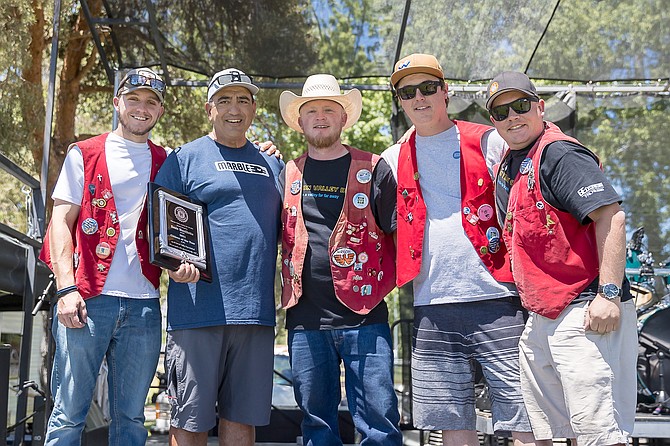 The overall winner of the parade, whose theme was “In A Galaxy Far Far Away,” was the Douglas County Sheriff’s Office, which went all out.

Sheriff Dan Coverley was wearing the garb of the Rebel Alliance while the MRAP came as the Razor Crest, helmed by Mandalorian bounty hunter Din Djarin.

“The Sheriff’s Office went all out,” Parade Chairman Tommy Lovell said of their entry. “We were really pleased with the turnout. It was great.”

The winning service club entry went to Sertoma, while the Town of Minden brought in the miscellaneous category.

Carson Valley Days continues through midnight tonight at Lampe Park. The carnival and games, including a duck race, will continue on Sunday.

The parade had 71 entries and took an hour for all the entries to pass through downtown Gardnerville. Highway 395 was reopened by 11:20 a.m.