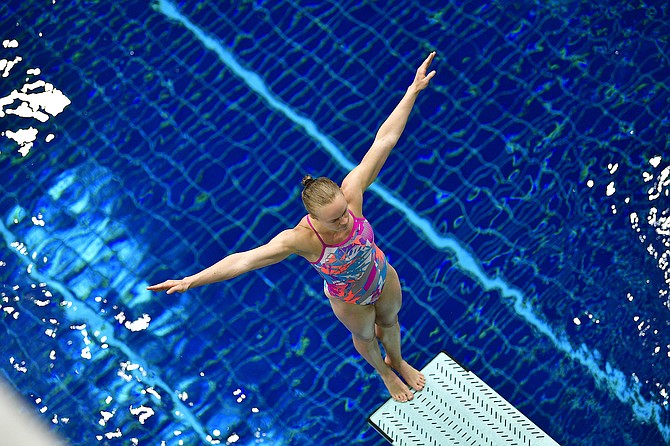 The Douglas High and Nevada, Reno graduate won the event with 1011.95 points.
Joining Palmer on the U.S Diving Olympic team in the 3-meter individual will be an 18-year-old from Texas in Hailey Hernandez.
Hernandez finished with 926.55 points.
Palmer had 930.35 points after four dives, which was more than any other competitor through all five of their final dives.
Palmer, a Carson City native, turns 29-years-old tomorrow.
"This has always been a goal of mine and I didn't know if it was outrageous when I started diving, because it was only eight years ago," said Palmer on the NBC broadcast after the event. "It's always hard going into finals in first place because you have in the back of your mind you need to keep it, but I think with the point lead that I had an already qualifying for Tokyo, let a lot of pressure off me."
The top-two finishers in the 3-meter individual event qualified for the 2021 Olympic Games in Tokyo.
Now a two-event Olympic qualifier, Palmer received consistent praise from the commentary crew on NBC for her consistency to hit her marks each dive, describing her final dive as 'glorious.'
"We just got to keep that consistency," said Palmer on the NBC broadcast. "That's what we've worked so hard on these past couple of years and it'll pay off I think."