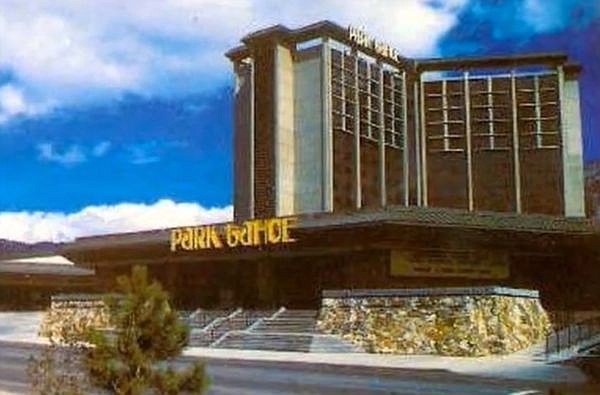 Compared to the birth of the casino that would eventually be the MountBleu, its upcoming name change barely qualifies as a blip in Stateline’s history.

The casino opened in 1978 as the Park Tahoe, but there was some suspense as to whether that would happen. The Record-Courier story appearing Saturday contained incorrect information.

Judge Steve McMorris, who was district attorney at the time, said the hotel was built by Park Cattle Co. under the direction of Brooks Park.

“The opening of the hotel was complicated by the fact that it ended being tied to the construction of the Loop Road which today alleviates traffic congestion especially on the Nevada side of Stateline,” McMorris said on Saturday. “Prior to its construction, auto congestion on weekends backed up to Marla Bay.”

To his and other people’s surprise, the Tahoe Regional Planning Agency approved the route that runs from Highway 50 on the mountain side to Heavenly Village Way.

“Within days I was served personally at home with boxes of injunctive documents seeking to stop the Loop Road construction filed in federal court by the State of California the League to Save Lake Tahoe and the Sierra Club,” he said.

The case went to federal court where Judge Bruce Thompson and the Ninth Circuit Court of Appeals ruled for the county, Park and the TRPA.

But while agreeing with the construction, Thompson ruled the hotel couldn’t open until the road was done.

The Park Tahoe was ready to open before the road was finished, so Park asked the county commissioners to issue a certificate of occupancy, though the road wasn’t open.

“The old meeting room was packed with people who were to be employed immediately by Park,” McMorris said of the July 20, 1978 meeting. “In the face of this, I advised the commissioners that under the federal court order the hotel could only open upon completion of the road, which was moving forward at a fast pace under my direction and Schultz Construction.”

McMorris said he has a vivid memory of the pressure placed on him as a young district attorney. Commissioners granted the certificate.

“The casino grand opening was that evening to much fanfare and I was invited,” he said. “I spoke with Brooks and he was very gracious, as always.”

Park asked McMorris how the hotel could be closed, and McMorris said the litigants would seek to have Thompson enforce his order.

“The next morning, Judge Thompson ordered the hotel closed until the road was open.”

The road opened a little more than a month later and the Park Tahoe reopened the first Friday in August, McMorris said.

A year later Caesars World Inc. would take over management of the hotel. According to The Aug. 20, 1979, Record-Courier, the hotel rooms wouldn’t be completed until New Year’s Day 1980.

Caesars leased the Park Tahoe from the Parks in 1979. The family has owned the property ever since.

The Park Tahoe was the fourth of the high-rise casinos built at Stateline.

More than 40 years later, a route bypassing the Highway 50 casino corridor remains as controversial as it was then.

The City of South Lake Tahoe discussed seeking a change of alignment of the route as recently as March.