Rock slides set off by earthquake closed highway for an hour 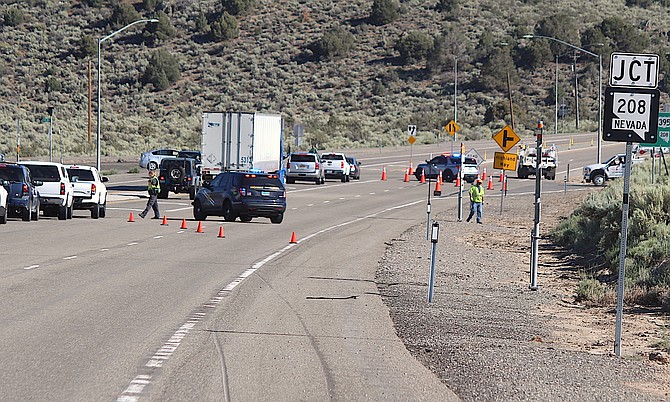 A 6.0 magnitude earthquake in Mill Canyon east of Walker shook loose rocks onto Highway 395, trapping at least one motorist.

The California Highway Patrol said it was fortunate the 3:50 p.m. earthquake didn't strike during the commute.

"We are all very lucky, our afternoon commute traffic had not yet begun otherwise there would have been more traffic in the Walker Canyon area which could have increased the possibility of vehicle crashes and injuries," Bridgeport CHP Officer Elena Villa said on Friday morning.
Rocks were reported on the road from the north end of Walker to the Chris Flat campground. Highways 89 and 108 also had rocks and boulders on the highway.
"We received some calls of vehicles stuck on the highway because they were surrounded by rocks and boulders," Villa said.
Bridgeport CHP officers and the California Department of Transportation closed Highways 395 from Bridgeport to Holbrook Junction.
"Caltrans proceeded to clear debris from the roadway and CHP, along with help from the Mono County Sheriff's Offie helped motorists get unstuck and safely continue their travels," she said.
One vehicle suffered a flat tire, but no injuries or collisions were reported.
The highway was cleared within an hour.