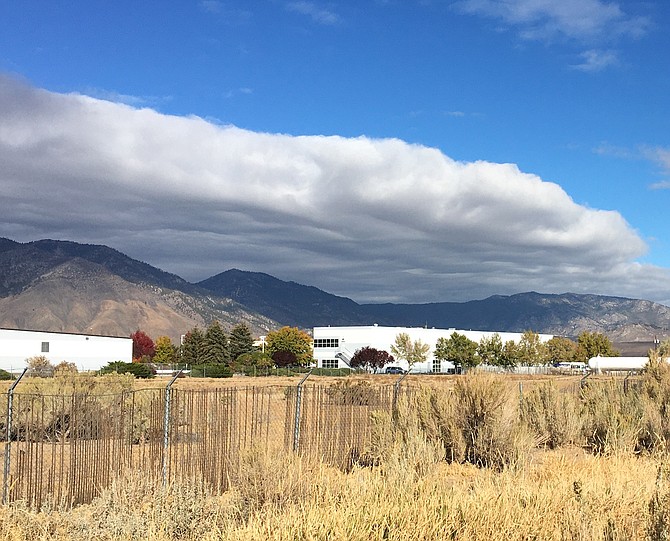 The site of a proposed recycling plant south of the intersection of Airport and Heybourne roads.

A zone change that will allow construction of a 26,000-square-foot recycling plant was approved Thursday by county commissioners on a 3-2 vote.

An alleged noticing error may circular file today’s discussion of a zone change permitting a recycling plant located between Meridian Business Park and the Minden-Tahoe Airport.

Douglas County commissioners are scheduled to hear a change in zoning from light to general industrial at their meeting 1 p.m. today.

In a letter posted Wednesday evening to the county’s web site, attorney Amber Handy pointed out that at least one public notice of the zone change went to a former property owner and not to the current owner.

Handy represents the owners of 2241 Park Place in the Meridian Business Park, which opposes the recycling facility near their offices.

“Upon review of the publicly available information it appears that there are patent notice defects which prevent the (commission) from moving forward on the adoption of the proposed zoning map amendment,” Handy wrote.

There are five units included in the 2241 Park Place Association and many of those owners reported not receiving the notice.

The zoning map amendment would open the door to “any intense manufacturing or industrial operation or industrial use,” on the property, she wrote.

Planning commissioners approved a zoning map and special use permit on Oct. 12 for the operation of the 26,000-square-foot recycling plant proposed by A&S Metals. Both approvals are contingent on county commissioners approving the zone change, which has to be done by ordinance.

According to their request, A&S Metals has been recycling metals since 1969, starting in Castroville, Calif. It now operates eight plants in California’s Central Valley and near Monterey Bay, including Castroville.

Under the proposal approved by planning commissioners, the plant would be processing metal, wood, asphalt and concrete.

Proponents anticipate two deliveries daily at the outset and eventually grow to four to five truckloads a day.

All the material processing will occur indoors, with conveyor systems supporting the crushing, grinding and bailing o0f the materials.

Owners don’t plan to accept recycling materials from the public, which is currently done by Douglas Disposal.

“We have 70 employees on Park Place very close to this proposed facility,” he said on a comment form. “We had no idea this was being proposed and what the impact would be to the health of our employees.”