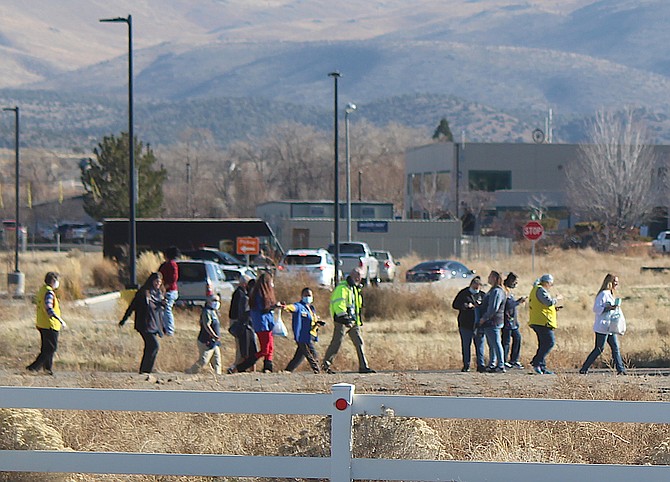 Employees evacuated from the Gardnerville Walmart on Thursday afternoon.
Photo by Kurt Hildebrand.

Update: The Gardnerville Walmart is reopening about three hours after a bomb threat prompted its evacuation.

All entrances into the store have been reopened and management has taken the store back over from the Sheriff's Office.

Douglas County Sheriff’s investigators responded after noon with the evacuation reported at about 1:15 p.m.

The evacuation was conducted out of an abundance of caution.

Staff and customers were cleared from the store within 15 minutes as deputies directed traffic away from area.

Tahoe-Douglas Bomb Squad responded to the store with a bomb sniffing dog.