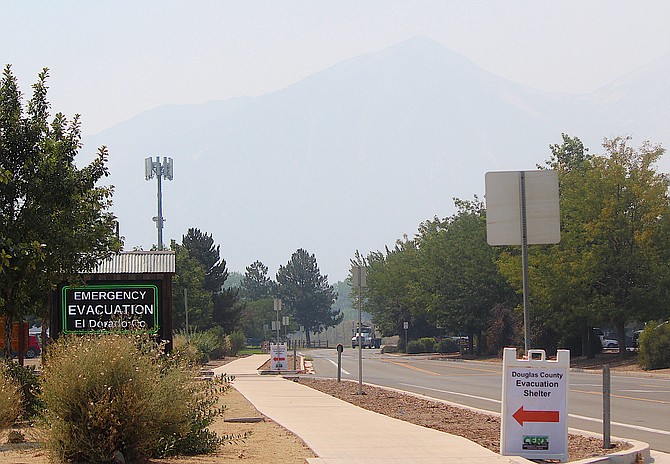 The Douglas County Community & Senior Center in Gardnerville is an evacuation center for the Caldor Fire burning six miles west of Echo Summit.

There aren’t a lot of Caldor Fire evacuees heading to Gardnerville to stay at the Douglas County Community and Senior Center. There’s an evacuation center in Gardnerville because fire officials fear the blaze’s potential.

When Caldor burst onto the scene, it consumed 2,000 acres an hour.

At a virtual briefing on Tuesday night fire officials said the speed with which it spread outpaced firefighters’ ability to bring it to heel.

As we saw first-hand with the Tamarack Fire, incident commands and evacuation centers had to move because wildfires are burning so rapidly it’s hard to know where’s safe.

And even as the Caldor Fire was sending smoke into Carson Valley, the Dixie Fire just 90 miles north burned over the Sierra Crest to threaten Susanville.

Tamarack burned from Alpine County to the Pine Nuts, something we haven’t seen since the Indian Creek Fire threatened Ruhenstroth in 1984.

It’s the rate of spread for these fires that has fire officials calling the Caldor Fire “concerning.”

At last report nearly 500 structures were destroyed in the fire, which continues to burn sending smoke and ash over the mountains where Carson Valley’s fickle winds concentrate it in unexpected ways.

Prediction after prediction for the coming fire season last winter and spring said the Sierra would burn this summer.

The loss of home, timber, resources and habitat will be felt for decades to come as sections of the formerly heavily forested Sierra become blackened plains.