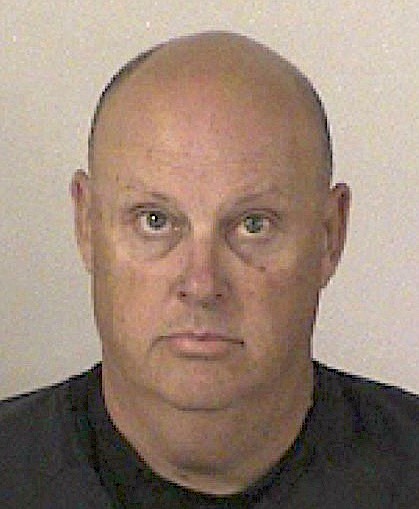 A former youth volleyball coach was sentenced to the maximum of 16-40 years in prison on Thursday before a packed courtroom.

Richard Alexander Jenkins, 49, was convicted in April by a jury on four counts of lewdness with a minor. The charge carries a mandatory prison sentence.

“I will eventually forgive you,” said the victim, who was 13 when she met Jenkins. “But the scars you left will never let me forget.”

“I’ve seen every bit of evidence from the best seat in the trial,” he said.

He said that lewdness cases occur in secret and it’s only through the bravery of the victim that they are prosecuted.

Gregory said the girl in this case was a “perfect victim,” who Jenkins took advantage of.

“You got caught,” Gregory said. “The jury has spoken.”

Jenkins has denied fondling the girl and continued to do so on Thursday.

“I’m maintaining my innocence, so I cannot apologize,” he told Gregory.

Houston said a polygraph conducted as part of Jenkins’ psycho-sexual evaluation confirmed his clients’ denial. Polygraph evidence is not admissible in Nevada courts.

Prosecutor Chelsea Mazza said a video of the polygraph showed Jenkins going through the questions with the tester and practicing before taking the test.

Houston pointed out that Jenkins had significant support from friends and family in the audience, with up to 50 letters written in support, though Mazza argued some of the letters were duplicates.

Mazza said the victim in the case has been subjected to harassment.

She pointed out that the girl was not the person who came forward.

The victim received a restraining order against Jenkins’ daughter over acts that occurred at school, Mazza said. The prosecutor also played a voice mail in which the victim was threatened by a man saying he was a friend of Jenkins. Gregory said he didn’t give any weight to the call in considering his sentence.

Houston argued for a minimum sentence of 12-32 months run simultaneously.

In sentencing, Gregory said Jenkins was convicted of four different instances of lewdness and that the 4-10-year sentences would run consecutively.

Jenkins was given credit for 111 days time served. After he is released from prison, he will be required to register as a sex offender and will be on lifetime supervision. He wasn’t fined.

During the trial, Mazza showed the jury video clips from what she described as romantic behavior between Jenkins and the 13-year-old player from the Douglas County Community Center.

In the clips, Jenkins and the girl can be seen behaving in an intimate manner. The close contact led witnesses to report their behavior to the authorities in September 2018.

The girl told an investigator Jenkins put his hands down her pants or touched her bottom on four occasions, leading to the charges that resulted in his November 2018 arrest.

Both the girl and Jenkins took the stand during the trial.

Funny how everyone gets booked and placed in jail within months while the Latin American killer of two people in Gardnerville and 2 people in Reno has taken years. And we're still waiting. WHY!!??