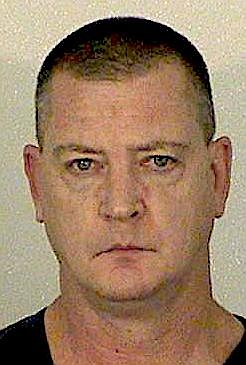 A former Minden resident sentenced to 12-30 years in prison on Tuesday continued to deny the charges he blackmailed a 15-year-old girl into sex.

Jason J. Bahr, 47, stands convicted of acts that are alleged to have occurred between March and August 2018.

During a victim impact statement, the girl said she was frightened of Bahr. She told District Judge Tod Young that during the summer when Bahr was sexually abusing her, he handed her a loaded gun and told her that she should kill herself. She and her mother said Bahr paid her friends to spy on her.

“He made me feel like I was worthless,” she said.

Bahr has never admitted to the counts of attempted sexual assault on a child under the age of 16 and lewdness with a minor.

Under the plea agreement, he entered guilty pleas on the two counts to avoid going to trial on three counts of sexual assault. A guilty verdict on any one of the three counts could have resulted in sentence of 20 years to life.

Bahr said he wanted to go to trial but was advised that he wouldn’t receive a fair one due to the nature of the charges.

He challenged DNA evidence included as part of the sentencing information, saying he would have sought to prove it was inaccurate.

When he entered his guilty pleas in the two charges, he also waived any right he had to appeal the conviction up to that point.

Prosecutor Chelsea Mazza read a passage from the girl’s diary that the teenager considered taking her own life.

Mazza said Bahr was caring for the children while the girl’s mother was working two jobs and supporting the family.

District Judge Tod Young assured the teenager that Bahr’s crime was not her fault.

“You are a survivor, not a victim,” he said. “A survivor is someone who has survived and overcome to create a great future.”

Bahr was sentenced to the maximum of 8-20 years on the first felony and 4-10 years on the second to run consecutively. Once he’s released from prison, he will have to register as a sex offender and an ex-felon.

“Every day you are in a cell, she will be free, and that’s exactly what you deserve,” Young said.

He was defended by attorney Matthew Ence.