50 years ago, Chris Ault was a champion – in high school 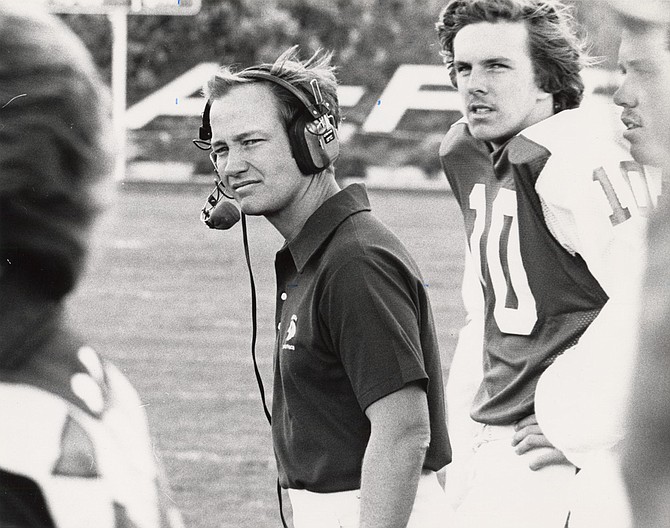 Nevada football head coach Chris Ault during a game in 1978 with quarterback Kevin Wheeler (10). Before leading the Wolf Pack to 233 wins, Ault was a high school coach in Northern Nevada.