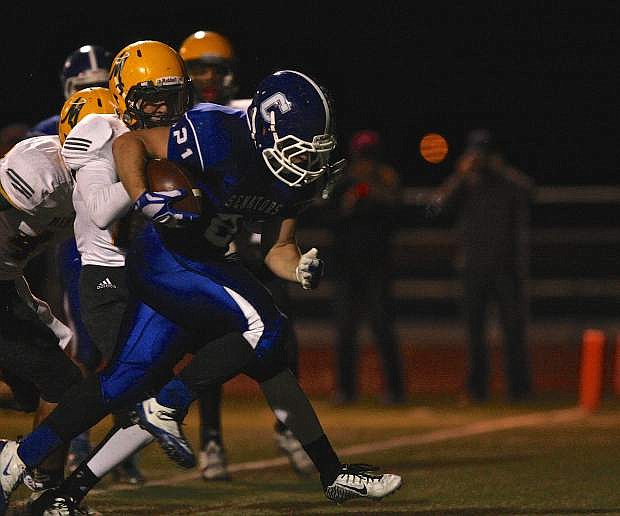 The Senator&#039;s Colby Brown punches one across the goal line in a win over Manogue Friday night at Carson High&#039;s homecoming.