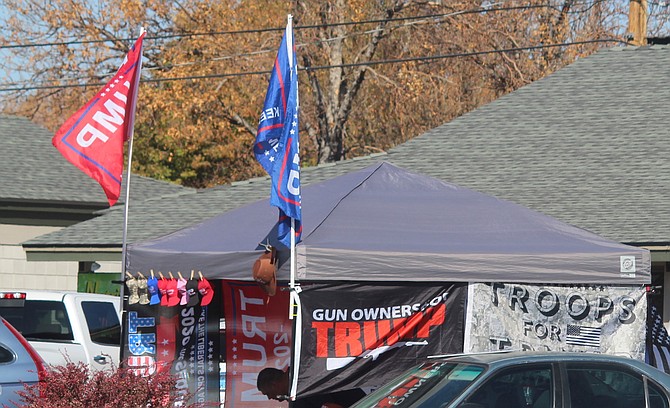 Trump merchandise on sale in Gardnerville on Nov. 2. Douglas County voted for the President.