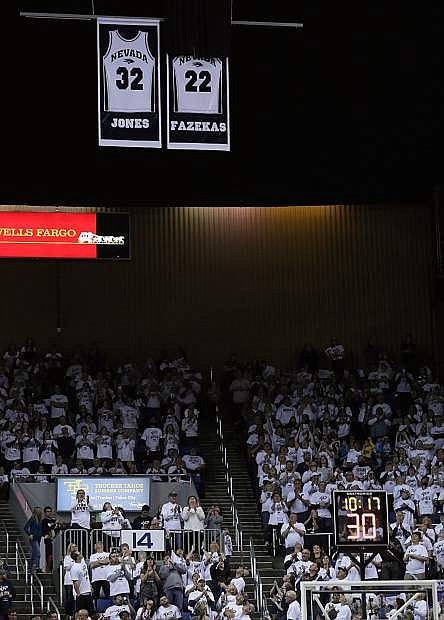 Nick Fazekas No. 22 was retired and then his jersey was unveiled during halftime of the Nevada-UNLV basketball game. Fazekas played for the Wolf Pack from 2007-2007.