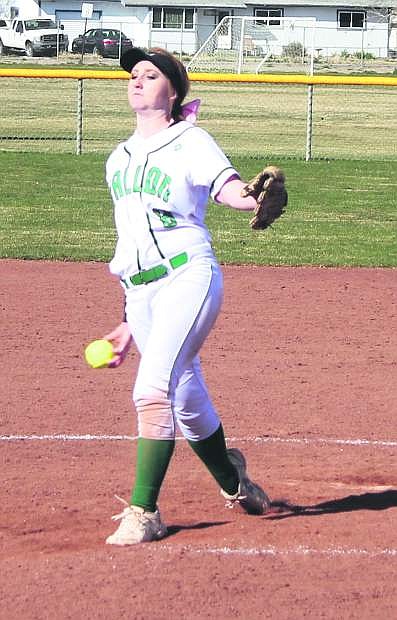 Kayla Buckmaster fires a pitch to one of Fernley&#039;s batters.